I know that I am a huge movie buff! There is nothing like going to the movies with either my husband or kids, to just sit back and relax. We have seen so many movies in the past that offered such a chance to avoid reality for a few hours, and just be drawn into the cinematography of the movie.

Because I love movies so much, naturally, I wish I could one day attend a film festival. Unless you were lucky enough to be in Miami early this year, chances are you missed the International Film Festival, like I did. The event took place 1st – 10th March and showed 117 feature-length films and 12 shorts from 41 different countries, making it one of the biggest film festivals ever!

The festival began as a small affair, and this year was the 30th anniversary of the event. It was originally based on the size of the New York Film Festival at the time where it was technically possible for one person to see each film, and then gather with other filmgoers to discuss the features personally.

Movie mania: However, at the 90’s approached, festivals were encouraged to become larger in order to attract larger audiences. During this expansion across the city to entice larger audiences, the original organizers, Florida International University passed over the organization to Miami Dade College.
A total of three directors were used before Jaie Laplante finally achieved some fantastic results and placed the festival on the film map.
As the growing festival receives a large amount of submissions (600 for its 30th anniversary), the organizers highlighted their desire to ensure that as wide a range of film from across the world is featured. 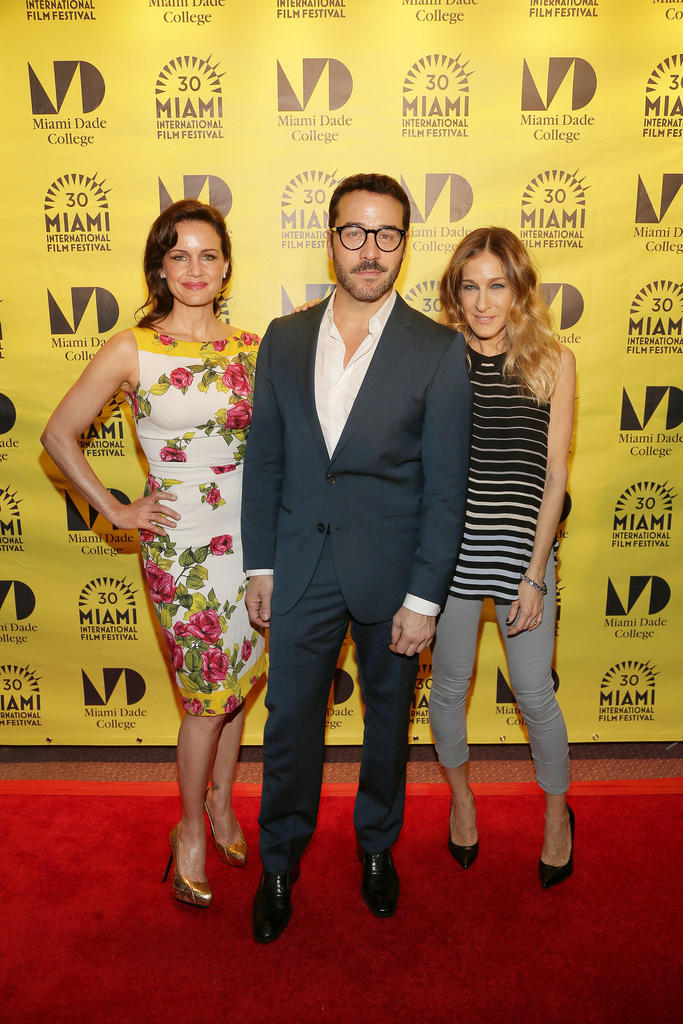 Anniversary diversity:
Examples of the diversity that was on show this year includes Ping Pong, a film following the story of the over-80’s category in Chinese Table Tennis Championships; Reality, directed by Matteo Garrone, is a satire on modern-day celebrity culture and reality TV.
The Career Achievement Tributes also showed diversity with the winners being of stark contrast to one another. Fernando Trueba of Spain received the award and showcased his film The Artist and The Model), while Swedish filmmaker Lasse Hallstrom also won the award and will present his Swedish-language film The Hypnotist.

Rebeca Hoffman and canine security at Miami Film Festival: The line-up this year offered a huge amount of depth. There were several high profile films of offer, including Dark Blood, the final film by River Phoenix, and At Any Price which stars Zac Efron.
Arthouse grit:
On balance, a striking British drama by the name of Broken explores the tension present on London estates; similarly, many art films were also available of what may probably be a one off viewing.
Any film fan cannot afford to miss the Miami International Film Festival. Once you have caught a flight to Miami International Airport, all you have to do is head eastwards to Downtown Miami to reach the centre of the festival. Due to the time of year, it’s an off-peak season for typical holidaymakers, meaning you’ll be able to bask in the glory of the festival uninterrupted.

*This is a partnered post. As always, all my opinions are my own and not swayed by outside sources.

Medication Safety Tips for parents from Safe Kids Worldwide!
Zane and his food allergies 1 year in!