I do not know if you have heard about the Talking Friends apps for kids, but they are fantastic. Hayley loves them! It is an interactive app where you can talk to Ben, poke him, tickle him to get his attention and put down his newspaper. Ben is a retired professor who likes reading his newspapers till your kids wake him up.  Your kids can record fun conversations with him or even do a telephone conversation. Now to go along with the app, they have introduced a brand new line of plush toys from the Dragon-i Toys line. 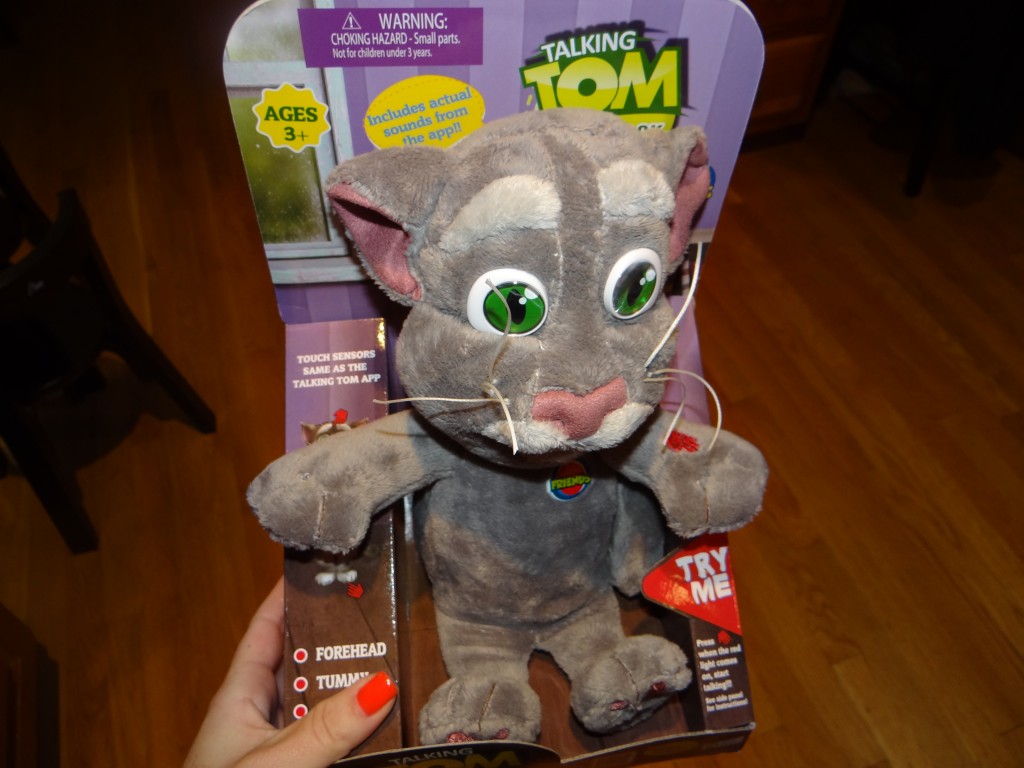 The wisecracking alley cat known for his distinct charm and charisma is set to show off a new strut when the first Talking Tom and Talking Ben Talk Back plush, which arrives in stores across the country for this holiday season. Based on Outfit7’s judgement Talking Friends  apps that reach more than 115 million monthly active users worldwide, the legendary duo are bound to extend their mischievous adventures and play. Already a hit overseas, Dragon-i Talking Tom and Talking Ben Talk Back plush garnered the best girls licensed toy at the Australian Toy awards this year.

Talking Tom and Talking Ben each stand 12 inch high with wide green eyes. They invite kids of all ages to rub their tummies, stroke their heads, and hold their foot to hear the familiar laugh out loud sounds from the popular app- from the lovable pur of Talking Tom, the crazy cat yelps, cuckoo bell, silly slaps, and more. Simply press on the left paw- talk to Tom and he will repeat back in his own style. Hayley and Zane can’t get enough of constantly pressing his paw and talking to Tom. They laugh hysterically when Tom says what they just said, right back to them. With a 4 year old and 1 year old, this toy is one of their FAVORITES! Hayley claimed Talking Tom and Zane claimed Talking Ben, but they do share too! 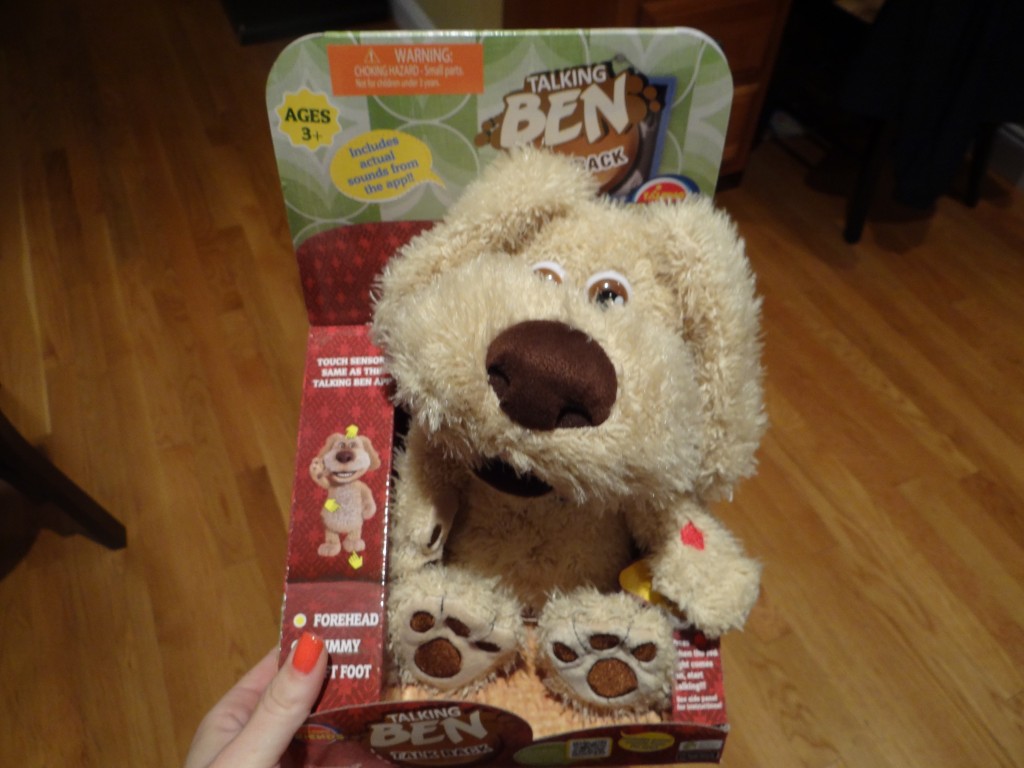 I highly suggest you check out Talking Tom and Talking Ben for your children this holiday season. Why not let them have a little fun with plush toys that actually talk back to them? It could be their little friend that they cherish! Be sure to show them that to make it work, have them touch Talking Tom or Talking Ben’s foot, tummy, or head!

*I received the above products for review purposes. As always, all my opinions are my own and not swayed by outside sources.