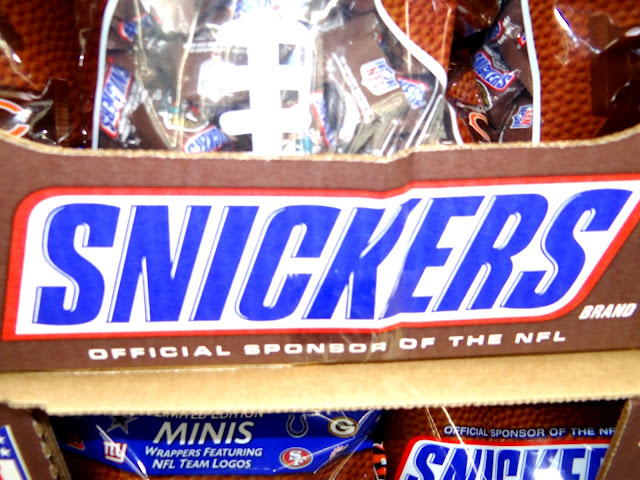 Are you ready for some football? These words excite me because I know in three short weeks, football season is upon us! We are HUGE football fans and route for the Patriots like it is our job! O’kay, sorry Giants fans- but this girl is a die hard Pats fan, and so is her family: 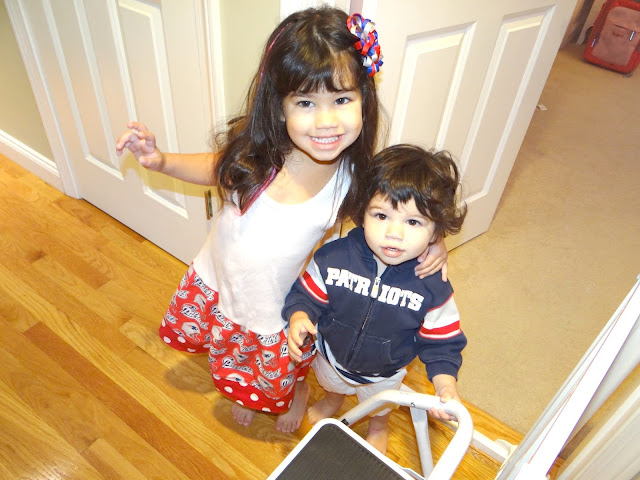 My husband and I get ready for the official NFL season, by hosting the opening football draft at our house. My husband and I have been doing our annual football draft party, as well as Super Bowl party, at our house for many years now. Usually, it is the best time, except for last year when the Pats were in the Super Bowl- I will now stop here as tears might start if I recall that game. Anyway, this year the official draft party is next week. My husband is the official draft leader but I certainly do my fair share of reading up on the players so we can have one amazing team. We have a good draft position so I think this year is going to be great. To prepare for our Super Bowl draft party, I headed to Walmart to buy some snacks and drinks. While perusing the aisles, look what I found: 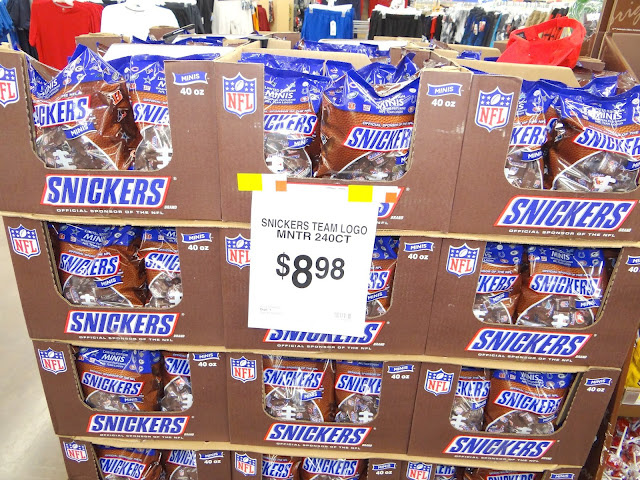 That is right- SNICKERS® Brand NFL Minis! I am a huge Snickers fan already, but my love for SNICKERS® exemplified when I saw that they now make Snickers®  geared for the NFL season. These are the perfect bite size Minis featuring wrappers that have all the official NFL Team Logos on them. You name the team you like, and they will have the logo on the wrapper. Awesome,right- I definitely think so! Of course, I sorted out the whole bag to find the Patriots  SNICKERS® Brand NFL Minis. I let the kids eat the others too; everything except the Giants SNICKERS® Brand NFL Minis- that is off limits. 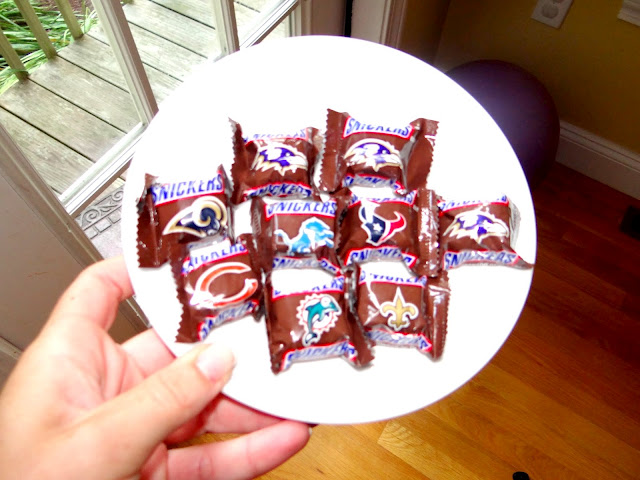 I love the SNICKERS®  Brand NFL Minis because not only do they incorporate my love of football but they are bite size so I know that I can have one or two and feel satisfied. Each piece only has 45 calories and 2 grams of fat which is awesome for a nice treat.

I decided that I would use the SNICKERS® Brand NFL Minis and make SNICKERS® brownies for our Draft Party. I tested them out last night and I have to say, they turned out AMAZING. It is probably the easiest recipe to do so feel free to make it for your family this NFL Football Season. 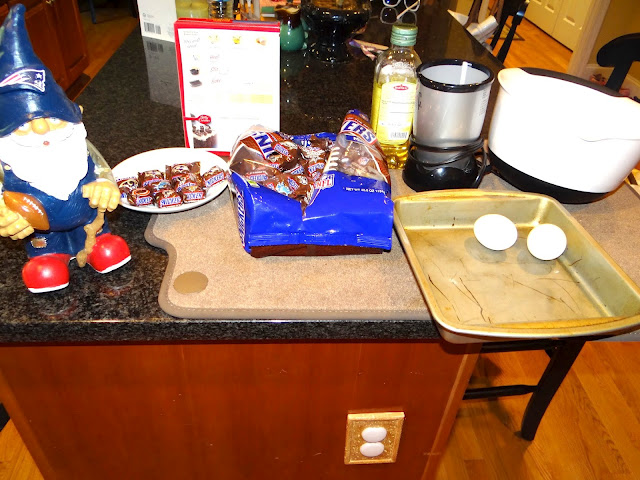 Directions: – Make the brownie mix according to the package -Take the SNICKERS(R) Brand NFL Minis and put them in a blender and pulse on low speed till you get a crumble-like consistency -Mix the crumble into the batter -Bake batter according to directions on the box 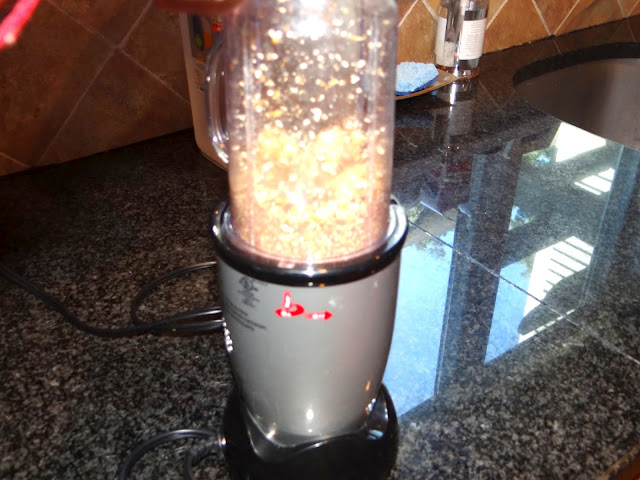 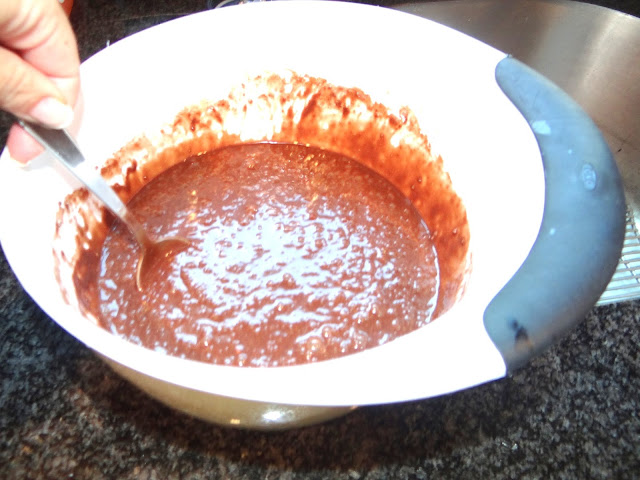 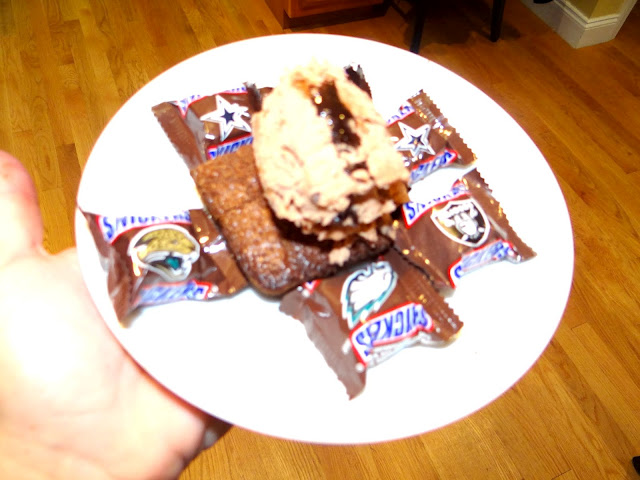 This is a very good and easy recipe that would be great for your NFL season, whether you are having a party, or just watching the game as the family. The SNICKERS® Brand NFL Minis come in a large bag with 128 pieces. I am going to give you a hint and tell you to freeze some of them. Nothing is better than eating a SNICKERS(R) Brand NFL Minis for a treat after dinner!

As mentioned above, we are a huge Patriots fans. On Sundays throughout the fall/winter, we do not generally leave the house during the games. While this shows how much we love the NFL, I thought I would take you back and tell you all a really funny football story, and about how much my husband is obsessed with the NFL.

I will take you back to December 14, 2004. It was a week or so before Christmas and the Patriots were playing in a Championship game that night. For some reason, my husband thought it would be a great night to propose to me. Instead of the lavish flowers and dinner, he thought what better way to purpose than during a quiet night at home.  Anyway, I had no idea and was off to get changed in his bedroom after work that day. I come back to the coach and see my husband had a Christmas stocking and wanted me to open it. Off I went opening up all the little wrapped presents, which ironically were chocolates including SNICKERS®, and other small gifts. There was one gift on the bottom that my husband said I missed.

When I got to the bottom of the stocking, there was indeed a jewelry box. Mind you that the whole time my husband is watching the Patriots game. As I pull out the box, I ask if this is what I think it is. He starts saying all the mushy stuff about how he wants to marry me, etc. However, I told him that if he was going to propose, he needs to shut off the game. Well, instead of shutting off the game, he muted it and proposed with one eye still on the Pats game. I couldn’t believe it- I told you he is a crazy NFL guy. While it was not the best proposal by any stretch of the means, he has made it up to me through the years by doing the sweetest things and being romantic. He is a truly wonderful guy but don’t you think I deserve a repeat on my proposal?  As I say all the time, football binds our family together to have fun!

Have a great NFL season and please remember to check out the SNICKERS® Brand NFL Minis. The #SnickersMinis are so incredibly good and will definitely get you in the mood for some football!!  Come join in on the fun and follow SNICKERS® on their Facebook and Twitter page.

Disney on Ice-Rockin Ever’ After- Providence, RI 4 pack GIVEAWAY- 2 winners
Out My Window by Warner Brothers!