The mere thought of starting my daughter in soccer made me enthralled. I started soccer at a very young age so I knew once she reached the minimum age limit to enroll, I would be first in line to sign her up.

I went out and bought her own shiny new blue soccer ball and shin guards. My husband took her to her first game last Saturday and she was extremely excited when she got to pick her uniform. She picked the number 2, which according to her is the best number! So, the game started. They used Hayley’s ball to start and that is when everything went downhill. She didn’t grasp the idea that, in soccer, people are going to try to steal the ball away from you. Well, when Player X went to kick Hayley’s blue soccer ball, Hayley had a tantrum right in the middle of the soccer field.  Luckily, I was at work, so I didn’t have to experience the embarrasment of her flaring around crying for a good 5 minutes. All you moms know what I am talking about. Yes, it was THAT tantrum. When my husband came home, he told me the coach said it takes a while for kids to grasp the concept of a team and it will get better.

So yesterday I took her to her first soccer practice. I explained to her the concept of soccer in the most direct terms and off she went. Three minutes in she was hysterical again. Her exact words to Player X was, “You not being nice. You not sharing.” The minds of three year olds!  So, I used my next best tactic -bribery!  Yes, so I am that Mom, but guess what, it worked.

I told her if she let other kids play with her soccer ball and there was no crying, she would receive ten M&M’s.  To a 3 year-old,  M&M’s are like edible gold! There was not a single tear the rest of the practice. She then told the coach that she loves soccer and that the other kids can use her soccer ball. It’s baby steps but I think we are heading in the right direction. Game #2 this Saturday – stay tuned!

Here is Hayley on opening day before the actual crying started. Unable to get pictures after for known reasons: 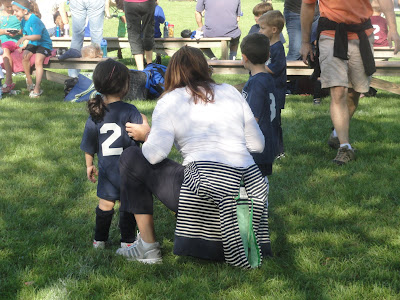 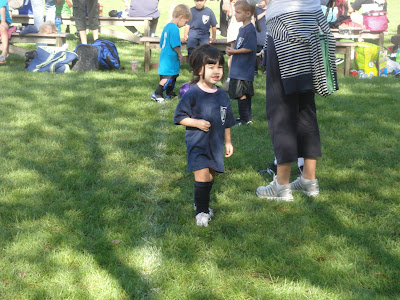 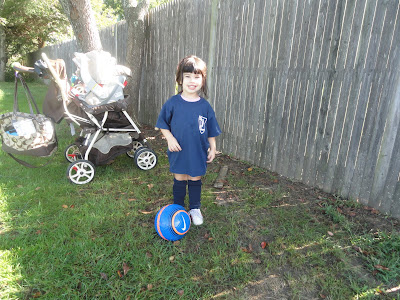 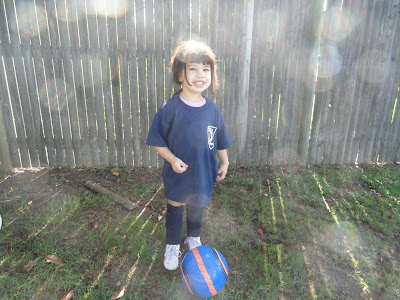 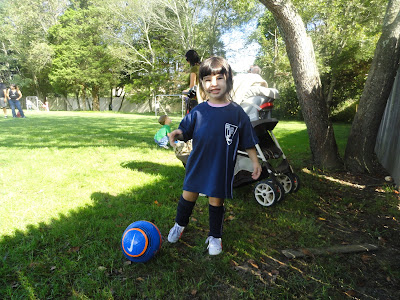 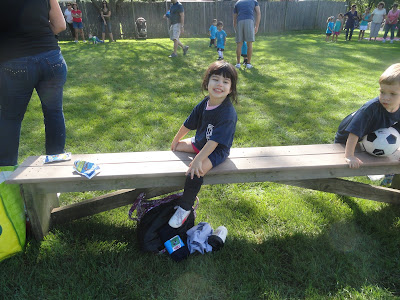 I am also guest posting on a great mommy blog  for tips about kids and brushing. Please check out her wonderful blog at http://talesoftwogirls.blogspot.com/
Wordless Wednesday-Are You Ready for Some Football?
Saturday’s Top Five Laughs