I am so excited about the movie Luck that is coming to Apple TV+ next week! In preparation for this movie, I had the chance to interview Jane Fonda and Peggy Holmes. I hope you enjoy watching the interview, as much as I enjoyed interviewing them!

INTERVIEW WITH JANE FONDA AND PEGGY HOLMES FOR LUCK:

From Apple Original Films comes the story of Sam Greenfield, the unluckiest person in the world, who when she stumbles into the never-before-seen Land of Luck, sets out on a quest to bring some good luck home for her best friend. But with humans not allowed, her only chance is teaming up with the magical creatures who live there to do it. “Luck” is produced by Skydance Animation. 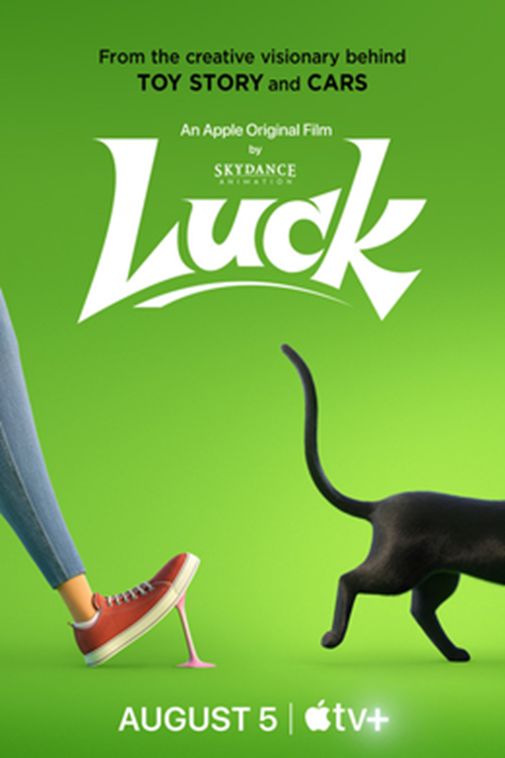 Apple TV+ is available on the Apple TV app in over 100 countries and regions, on over 1 billion screens, including iPhone, iPad, Apple TV, Mac, popular smart TVs from Samsung, LG, Sony, VIZIO, TCL and others, Roku and Amazon Fire TV devices, Chromecast with Google TV, PlayStation and Xbox gaming consoles, and at tv.apple.com, for $4.99 per month with a seven-day free trial. For a limited time, customers who purchase and activate a new iPhone, iPad, Apple TV, Mac or iPod touch can enjoy three months of Apple TV+ for free*. For more information, visit apple.com/tvpr and see the full list of supported devices.

*Special offer is good for three months after the first activation of the eligible device. One offer per Family Sharing group. Plans automatically renew until cancelled. Other restrictions and terms apply; visit apple.com/promo for more information.

*Thanks to Apple TV + for inviting me to this press conference. All opinions are my own and not swayed by outside sources.*