We all know how awesome Boss Baby is. Both movies were fantastic and the first series which debuted four years ago on Netflix was great! Now Netflix is back with another series called The Boss Baby: Back in the Crib which debuts TODAY on Netflix! 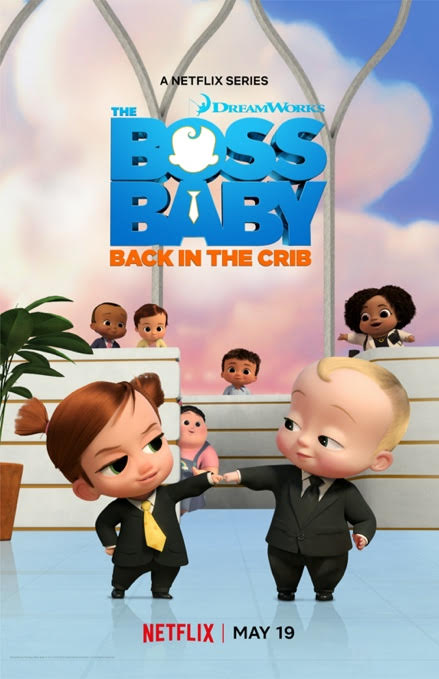 The series The Boss Baby: Back in the Crib picks up where the second film left off and follows Boss Baby as he moves in with his adult brother Tim’s family, including his two nieces: brainy big kid Tabitha and fellow Baby Corp employee Tina. Together, Boss Baby and Tina co-lead a new Field Team fighting to increase Baby Love while keeping a new group of arch-nemeses – The Uncuddleables – from destroying Baby Corp itself.

I had the chance to interview Executive Producer Brandon Sawyer and voice of Boss Baby JP Karliak. Hope you enjoy listening!

BE SURE TO WATCH BOSS BABY: BACK IN THE CRIB SERIES ON NETFLIX TODAY!

*Thanks to Netflix for inviting me to this press interview. All opinions are my own and not swayed by outside sources.*