*Disney invited me to attend the Last Jedi press junket where we had the opportunity to learn about The Crossing. All opinions are my own and not swayed by outside sources.* 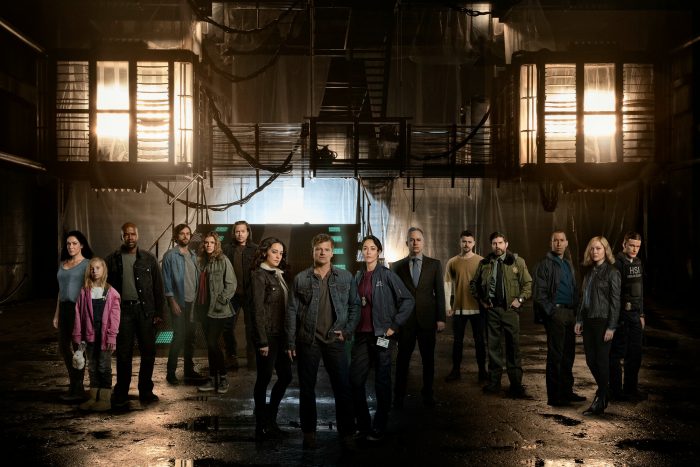 I AM SO EXCITED for The Crossing which debuts on ABC tonight at 10 PM EST! Without giving too much away, I had the chance to view the first episode and I was completely blown away! I love a good mystery with a sci-fi nature and The Crossing is exactly that. From the time the actors came on screen to the time when the credits rolled at the end of the episode, I was glued to the screen! It was SO GOOD and now you can all see this series starting tonight! 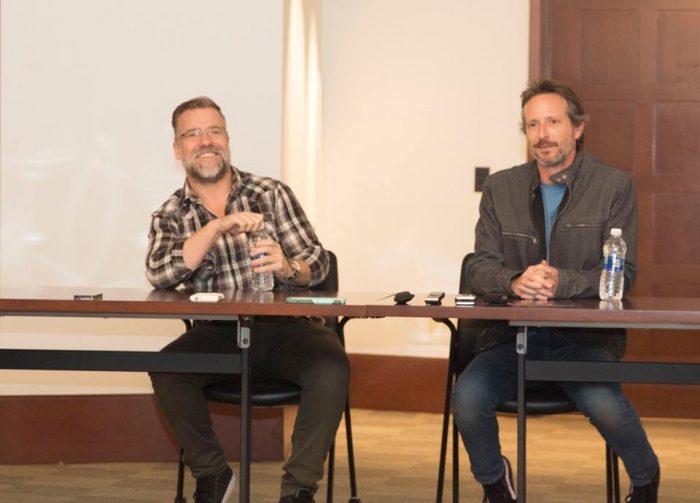 Jude Ellis (Steve Zahn) is the sheriff of Port Canaan, a small fishing town on the Oregon coast. Having relocated from Oakland to escape a strained marriage and a dark past as a big city cop, his goal is to build a quiet new life for himself and for, eventually, his young son. But those plans for a quiet life change instantly when 47 refugees from a war-torn country wash up on his beach seeking asylum. But the country they’re from is America … and the war they’re fleeing is 180 years in the future. As the Feds set out to uncover the truth behind the mysterious migration, Jude will launch an investigation of his own with the help of his loyal sheriff’s deputy, and Port Canaan native, Nestor Rosario (Rick Gomez).

Reece (Natalie Martinez) is a refugee too, but she’s different. She’s an “Apex,” a member of a genetically engineered human population that possess dramatically heightened physical and mental traits. While in the future she was a soldier – tasked with eliminating members of the lower “Common” class – her only goal once she arrives in Port Canaan is to find her daughter, Leah (Bailey Skodje), from whom she is separated during the Crossing, and who is then taken to a secret camp with the rest of the new arrivals. As Leah tries to adapt to her new surroundings with the other refugees, she will find herself fighting a devastating virus that she has brought with her from the future. But Reece has raised a fighter – capable, resourceful and brave.

Leading the investigation for the Department of Homeland Security (DHS) is Emma Ren (Sandrine Holt), whose dogged pursuit of the truth is complicated by the fact that her boss, wily DHS Undersecretary Craig Lindauer (Jay Karnes), seems to know a lot more about the migration than he’s telling her. Emma’s second-in-command is Bryce Foster (Luc Roderique), a young, empathetic agent who comes to find himself in over his head. DHS camp guard Roy Aronson is a straight arrow, but his by-the-book nature will be tested once he becomes romantically interested in one of the refugees. Another vital member of the government team is virologist Dr. Sophie Forbin (Georgina Haig), who is inquisitive, driven and has her own personal reasons for researching the Apex phenomenon and what it could mean to the future of science.

The survivors who fled the future in search of a better life include Caleb (Marcuis W. Harris) and his wife, Rebecca (Simone Kessell), who are still struggling with the painful loss of their daughter; Hannah (Kelley Missal), whose sweet exterior masks a gritty survivor who has learned the hard way what it takes to survive; and Paul (Rob Campbell) who is anxious, haunted and desperate to see the outside world.

The news of this mysterious arrival will have the locals buzzing with their own theories, including twentysomething-year-old Marshall (Tommy Bastow), whose disdain for rules and authority will put him on a collision course with some very powerful people once he starts peeling back the layers of the refugee mystery.

As the search for answers in this small town gets underway, the lives of the people here – both the townspeople and these newcomers – will never be the same.

Question 1:   How did you come up with the concept for the show?

They told us it all started with an email and a refuge email. An email was sent with a photo of a dad who had come from Syria to Greece and had crossed the Mediterranean in a raft and barely made it by the looks of him. This specific photo they told us won the Pulitzer. It is specifically a father holding his little boy and the look on their faces is what initially sparked this concept. They ran with this and put their own spin on it.

Question 2:   It feels a lot like Lost. Are you guys fans of Lost or did you get any inspiration from it?

Dan Dworkin said they are both fans of Lost but they are more specifically fans of sci-fi genre and stories. A big inspiration for them was Ray Bradbury and his stories he wrote about time travel which factored into their ideas. Jay said they want to shy away from comparisons of Lost though. 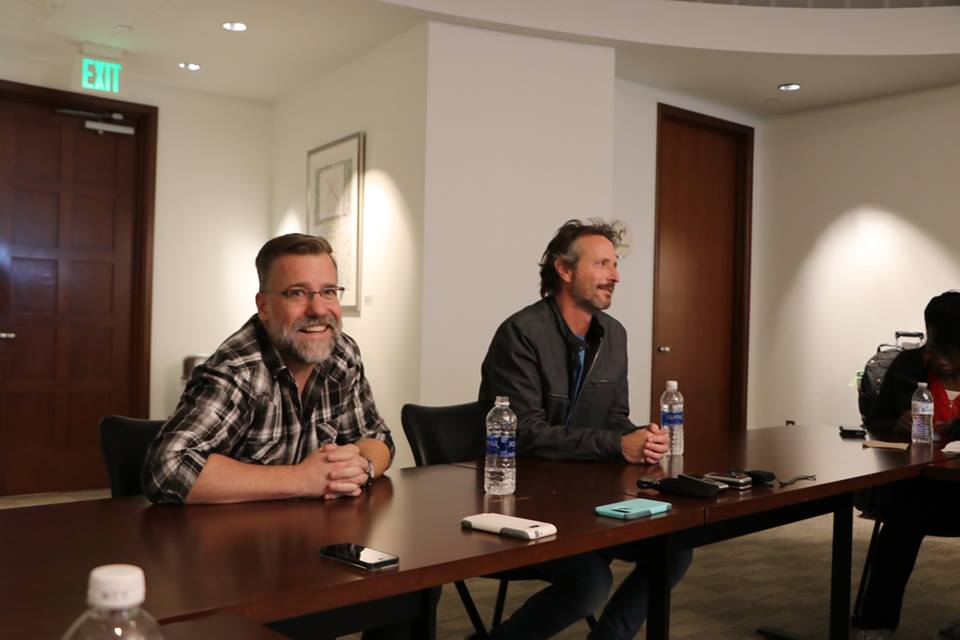 Question 3:   As far as the story arc goes, are we going to be getting answers in every episode?

“I think the way we structured it, it’s the perfect balance of getting something answered and getting another question asked, pretty much every episode. Obviously, there’s a lot going on. There’s a lot of questions. So, we resisted the impulse to kind of answer too much too early. But at the same time, we’ve watched shows where you don’t get anything answered and then at the end of the season you’re like oh, I was entertained but I feel like I’ve been cheated. So, we don’t want that. So, we’ll be giving people enough I think, more than enough.”- Dan Dworkin

Question 4:   How many episodes do you have already? How big is your story arc?

They told us they just wrapped production on the 11th episode so the first season will be 11 episodes. Jay Beattie told us he thinks the story can go on for years and years.

“Yeah, with an idea like this, you can keep finding new doors to open creatively, which is nice.”- Dan Dworkin 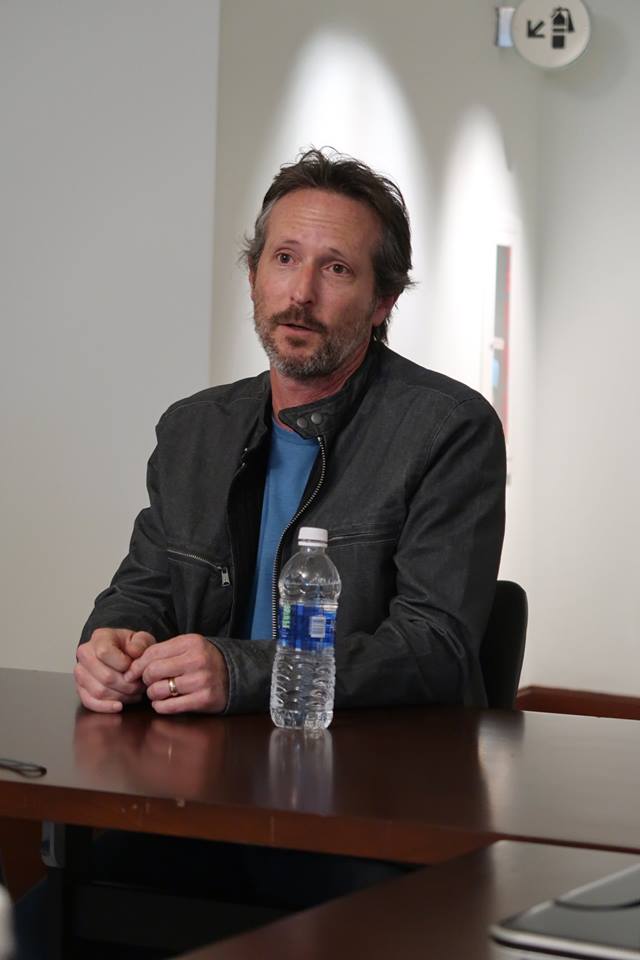 They filmed it in Vancouver.

“ It was nice shooting this. A lot of shows shoot in Vancouver, I can tell you from having just been up there. You cannot turn around without bumping into someone from another show. It was nice with this show to be able to get different looks.” –Dan Dworkin 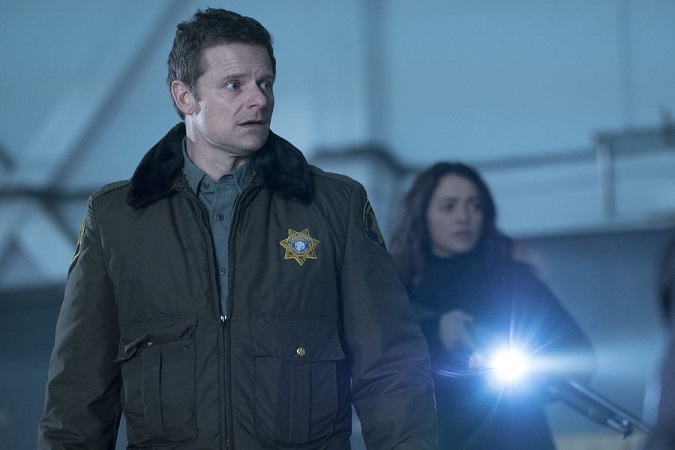 Question 6:   When you guys opened up, literally, you had me the first five minutes. I was like, really? Are we expecting every episode to be like that?

“We actually have a term for it that we came up. It’s called the level of W-H-O-A. So, yeah, when we set out the beginning of the season, we said we need to figure out a way to replicate the level of whoa from the pilot in every episode. Now, the pilot is special. The pilot has a scope and an epic feel to it that you can’t quite achieve episode to episode necessarily. But idea wise I think we do. –Dan Dworkin

Question 7:   You said the concept came from a photo. How did the rest of the come about?

They told us about there inspiration of Ray Bradbury.

“And in terms of the refugees, the discussion began with, how do we tap into what’s happening in the world but not make it ripped from the headlines? How do we get some distance from it? Which is why we dipped into kind of this sci-fi genre because it gives you that distance from something that’s happening, to talk about and explore in ways other sort of socially relevant issues that are coming out from this world.

And we decided to make these refugees from America to avoid comparisons to refugees coming from different countries and different religions and stuff like that and really focus on the people and the experience that they’re going to have here as refugees versus any sort of sociopolitical baggage that might come along with it.”- Jay Beattie 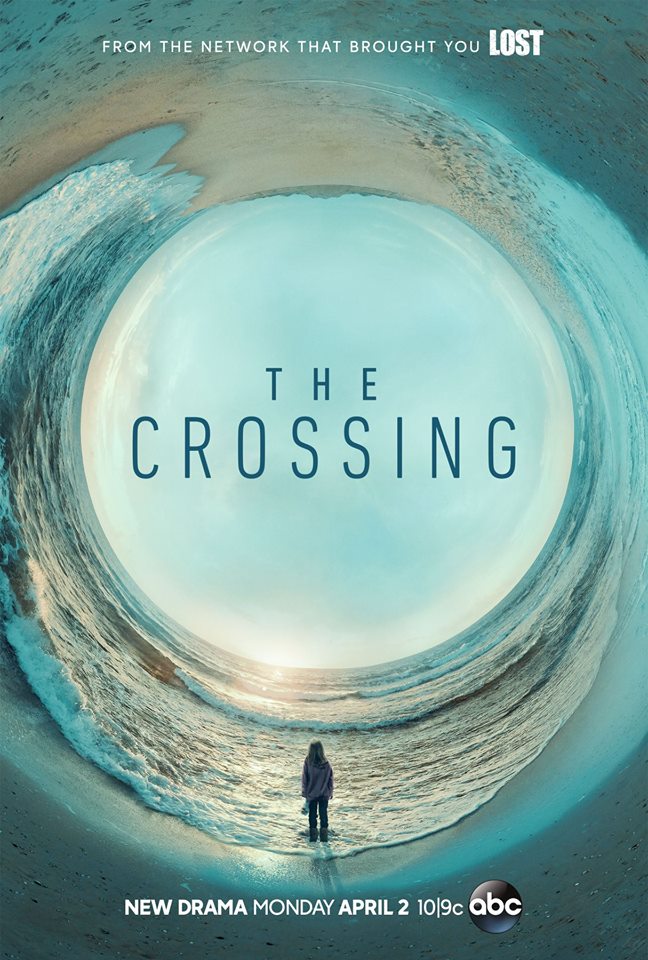 Question 8:   Have you pulled anything from your personal lives and put it into the story?

They said there is some family relationships between mom and daughter. They are both dads so they drew some from that.

Question 9:   Tell us about the actors? 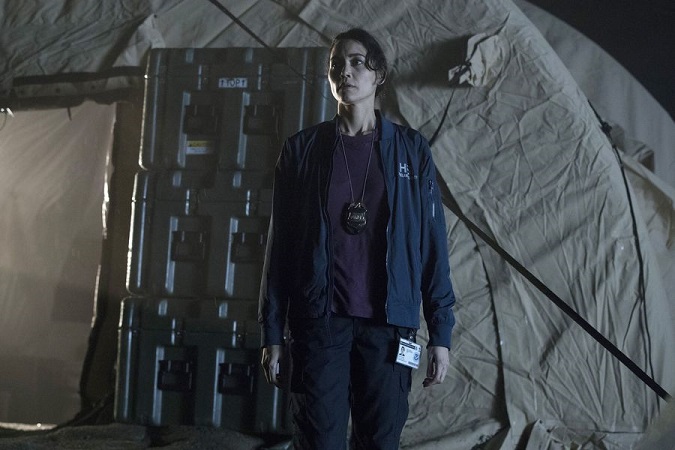 “Steve Zahn is terrific and I wish we could take credit for him. He was the first name mentioned and we ran with it.” –Jay Beattie

“As far as the other actors, Natalie Martinez is someone we worked with before on another show we did called A matador. I had also seen her on a show called Kingdom where she plays an MMA fighter and she’s terrifying. So, we knew she could handle the physical rigors.

And Sandrine Holt. I’ve been a fan of Sandrine Holt since she a kid acting and Black Robe and we watched her work recently on Mr. Robot and House of Cards and she just reads this really smart, lends a certain gravity to the role of Emma Ren, who’s playing the homeland security officer. We call her and had a conversation with her instantly about it and she was the front runner from the beginning and got the role in the end.”- Dan Dworkin

Question 10: What type of research did you do for the show?

They said they did all kinds of research especially on the scientific end.

“Going forward, you’ll see a lot of that crystallizes. We had a synthetic biologist as a consultant who read all our scripts and who we talked to. His name is Andrew Hessel who’s at this very moment probably curing cancer and I’m not kidding. That’s one of his pet projects. We talked to futurists about what the world might look like in 180 years which was fascinating.

We talked to a climatologist from NASA about what the weather might be like in 180 years. It was awesome.”- Dan Dworkin

They did a lot of research for this show!

Question 11: Can you talk about your backgrounds and what led you here to this show?

They told us they started their careers at ABC 15 years back on Dragnet.

“In terms of personal backgrounds, I was a kid in San Diego who wanted to make movies. We’d run around with my parents VHS, incredibly clunky two-piece VHS, the kind you had to hold with one hand and shoot with the other. And I really wanted to do that and I came to UCLA and went to film school. Toiled away as an assistant for several years to a director and then eventually hooked up with Jay and we started writing.”- Dan Dworkin

“I’m from Northern California, which basically it’s Silicon Valley but it wasn’t when I grew up there. And I came down to Pepperdine for school first majoring in business than had sort of a melt down and realized I wanted to make movies. But Pepperdine has no film school so I sort of had to teach myself. They do have a film school now but they didn’t when I was there.  I got an internship on Pulp Fiction. And was just cutting class right and left to go work on this show as an intern. And then started working for a director in television and that’s when Dan and I met just started writing behind the scenes for years until we decided to make a go of it.” –Jay Beattie

They think this show will be great for everyone to watch and perhaps even your kids, if they are old enough! Be sure to tune in tonight to The Crossing on ABC 10 PM EST!