There is nothing in this world like walking the red carpet period! But when it is for one of Marvel’s biggest movies this year, you know it is going to be special. I have been honored to be on quite a few red carpets but hands down this was my favorite because it was so different. 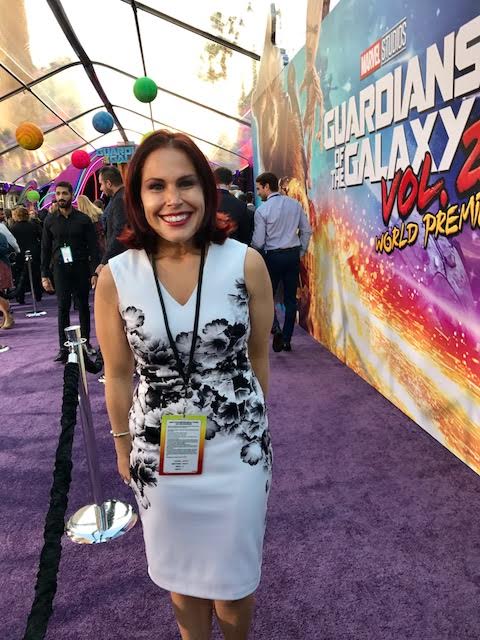 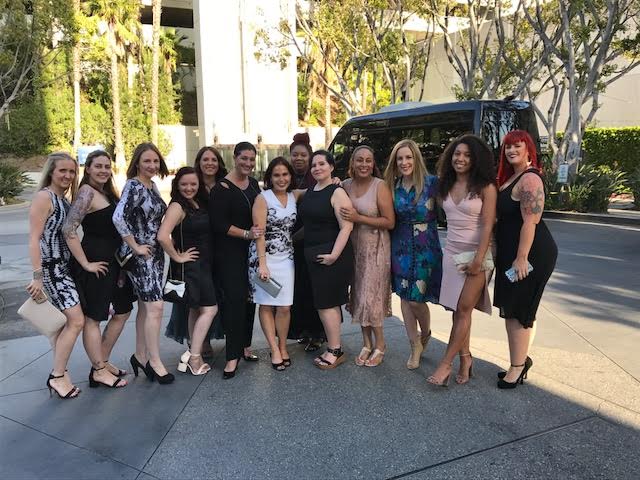 When we arrived, I absolutely loved the set up. Unlike the usual red carpet, this one was purple to go along with the colorful characters in the movie and there was rad music playing from the  GOTGVol 2 sound track. Combine that with flashing neon lights,  and it was hands down a gorgeous sight to not only see, but to witness as well. I may have been jamming out to the awesome music on the purple carpet but how can you not?! 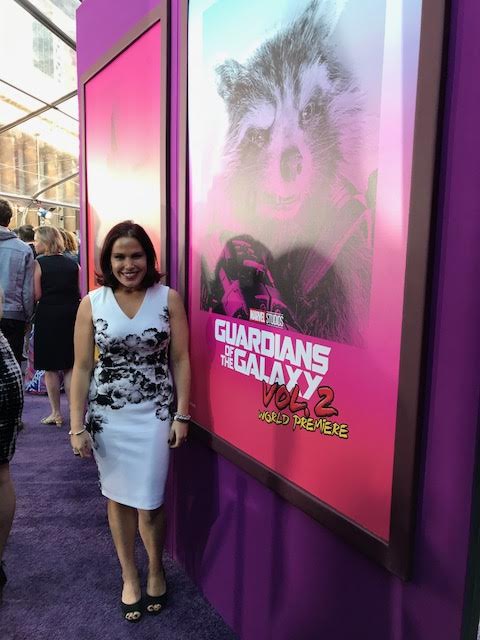 We were early so we had a good spot walking the purple carpet. I immediately recognized some of the stars of the film, as well as other actors who were there supporting the film. 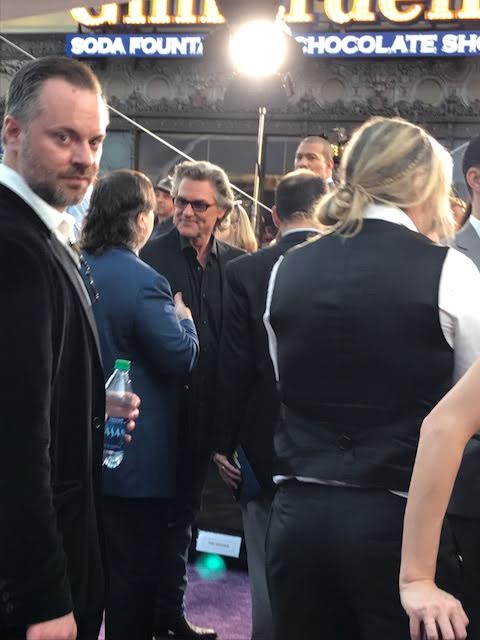 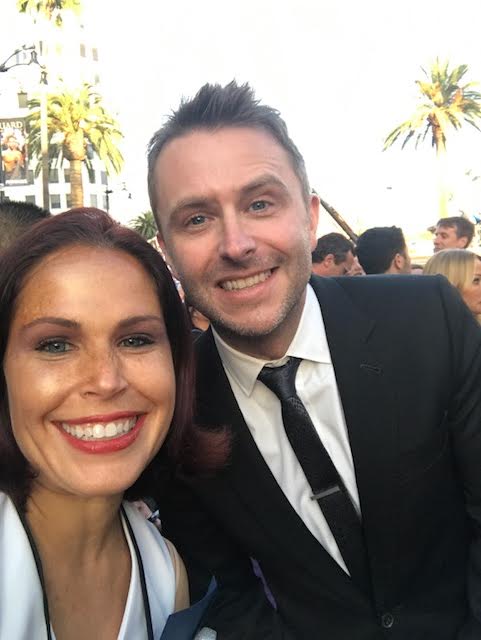 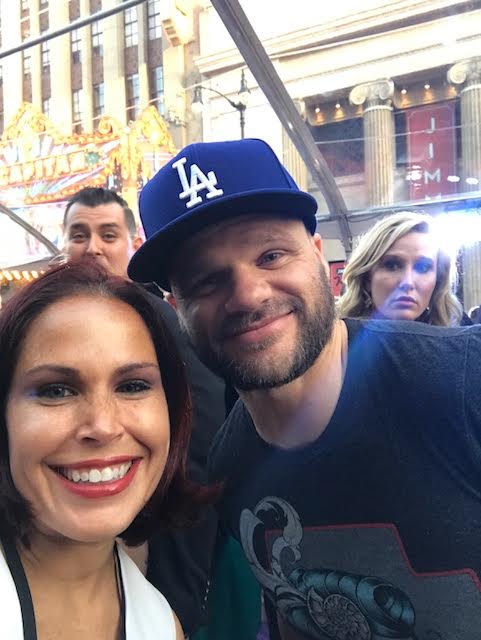 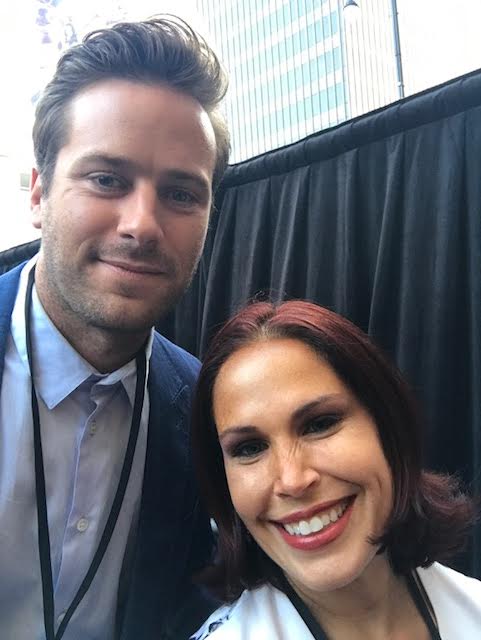 They had so many fun posters set up all over the premier that we stopped to take pictures at. It was awe-inspiring taking it all in. 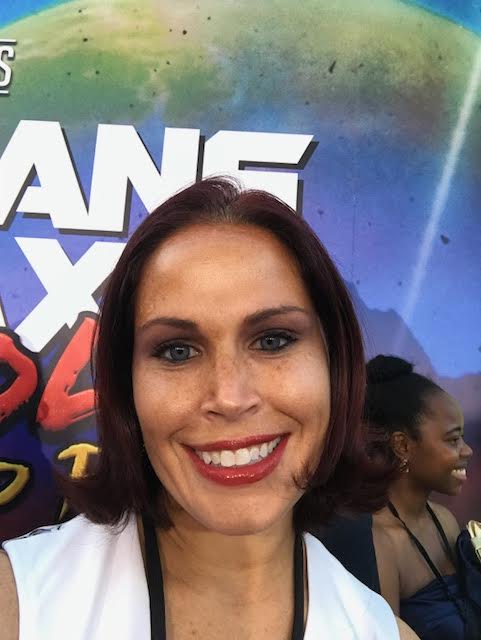 Then it was time to enter the Dolby Theater which is where the Oscars take place every year. I had a prime seat in the second row. Imagine my surprise when the lights shined to the right of me as they introduced some of the biggest stars in Hollywood who were in this movie. First came Chris Pratt and I kept clapping and clapping. I could not believe he walked right by me and WAVED! I am pretty sure at least 5 other actors walked by me too but I was shell shocked. Marvel got a good video of this and you can see me in the dress turning around constantly waving. It was really funny!

They introduced all the #GOTGVol2 cast to the stage and then the movie began. 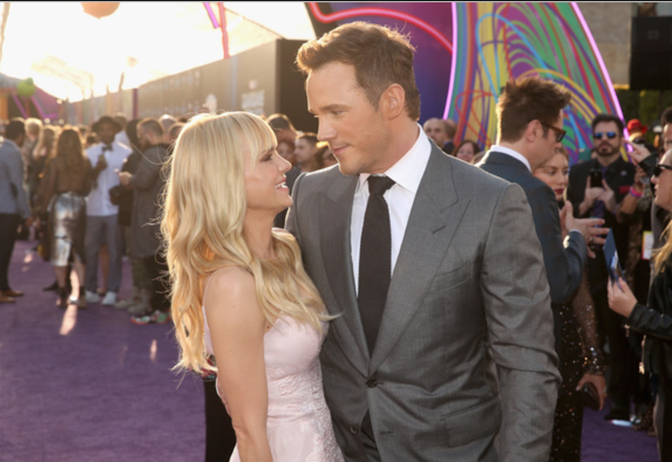 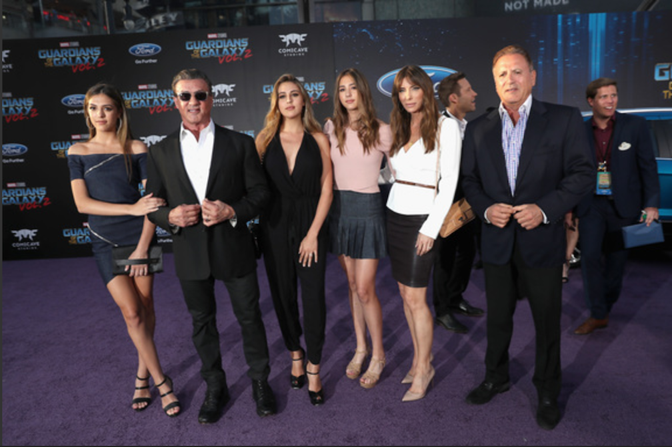 There is nothing like  watching the actors, in one of the biggest Marvel movies this year, with them in the audience. The minute we saw the stars onscreen, we all clapped. It is surreal watching the movie with the same actors who are in the film. I mean watching Star-Lord onscreen and then seeing Chris Pratt in the audience a few feet back. AMAZING!!

After it was done, it was time to exit the theater but not before we saw all the stars of the movie talking outside the theater. Again SURREAL! It was an experience I will never forget. 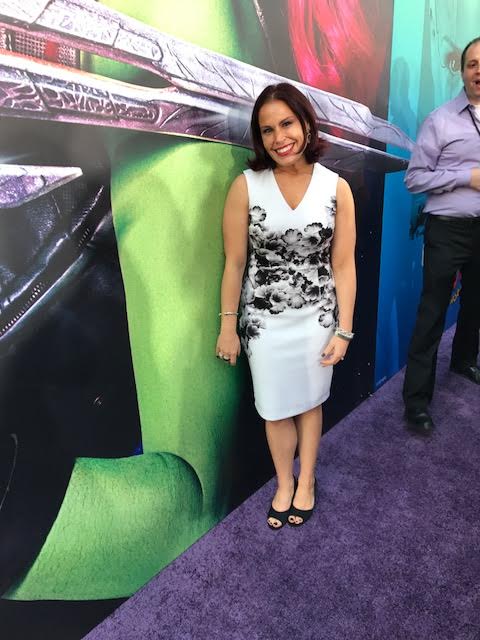 So now onto the movie and my thoughts…

Guardians of the Galaxy Volume 2 must be seen after you watched the first one. I am sure you all watched the first one but it is imperative you do, as all the characters are basically the same and then additions are added in the second one.  Without giving anything away I will say that this movie is INCREDIBLE! I don’t think the word incredible even describes the feelings I had towards the movie. It is a very family oriented themed movie that will make you cry, laugh, and leave you thinking about the movie, long after it is over. There is  also a ton of spoilers so I don’t want to delve too much into it but all I can say is go see Guardians of the Galaxy Volume 2 on May 5th! I know I already bought my tickets for opening night and I can’t wait for you all to see it too! Oh and by the way there is NOTHING cuter than baby groot! I AM GROOT! 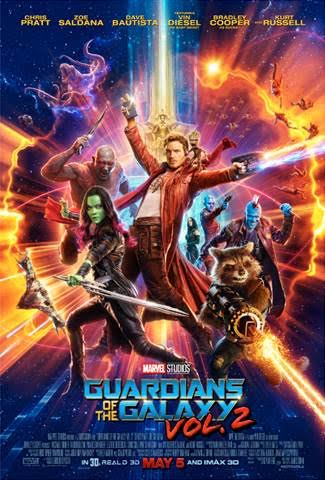 Set to the all-new sonic backdrop of Awesome Mixtape #2, Marvel’s “Guardians of the Galaxy Vol. 2” continues the team’s adventures as they traverse the outer reaches of the cosmos. The Guardians must fight to keep their newfound family together as they unravel the mystery of Peter Quill’s true parentage. Old foes become new allies and fan-favorite characters from the classic comics will come to our heroes’ aid as the Marvel Cinematic Universe continues to expand.

GUARDIANS OF THE GALAXY VOLUME 2 HITS THEATERS NEXT FRIDAY, MAY 5th! 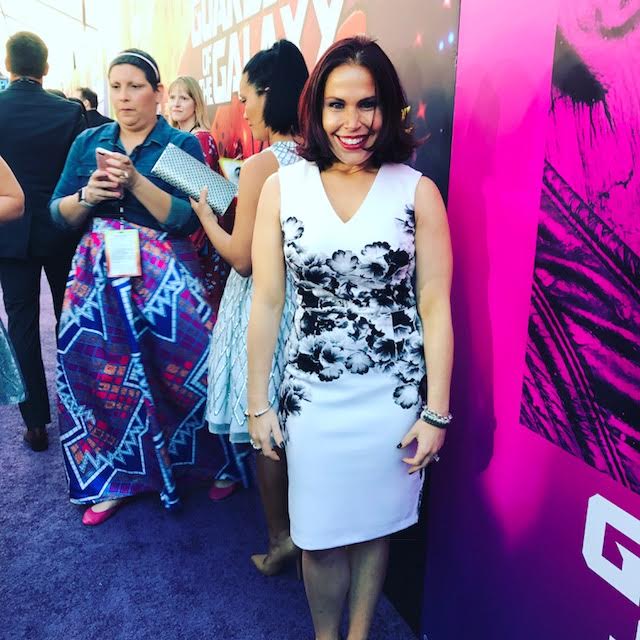