It’s time to get into the Summer Olympics! You don’t have to be a superstar athlete to win gold medals this year. Instead, play Olly’s Medal Run on Poki and start winning today! There are so many different ways for our children to spend time on the computer. Certain outlets are better than others, whether due to educational or safety reasons. In case you haven’t heard about Poki.com, it’s a web portal that hosts thousands of great, free games. Olly’s Medal Run is a winning choice, because our children can learn from it while having parent-approved fun.
What’s It All About?

The 2016 Summer Olympics feature 42 sports and a total of more than 300 events. Olly’s Medal Run pares this down to 4 sports in countless events. During the course of one game, your Olympic athlete will face hurdling, soccer, boxing, and swimming challenges. Olly’s Medal Run is known as an endless runner, like Crossy Road, Flappy Bird, and Subway Surfers. Instead of providing mindless arcade entertainment, Olly’s Medal Run has actual educational value. There are 24 teams in the game, each of which is based on a real country in this year’s Olympics. When customizing Olly (who can be a boy or girl), the outfits change to reflect each country’s flag. 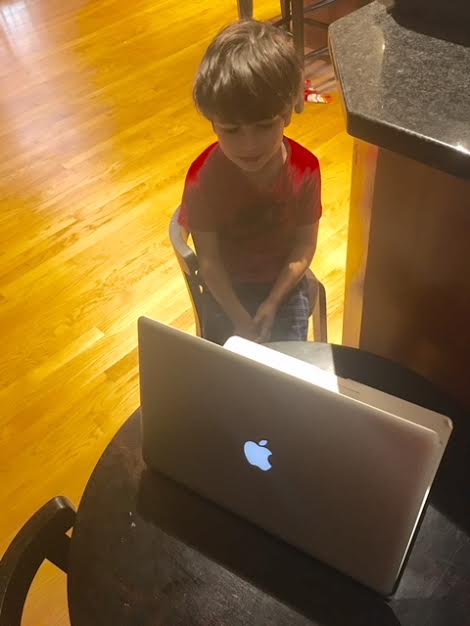 The sport mini-games in Olly’s Medal Run are meant to be entertaining, challenging, and straightforward. These are not dry simulations with complicated options or tricky controls. Much like Poki’s other games for kids, Olly’s Medal Run is cartoon-based and suitable for children of all ages. Swimming is one of the easiest mini-games, because it doesn’t have strict timing penalties. When Olly dives into the pool, players can press any buttons to swim. As long as Olly’s arms are moving, he’ll glide across the Olympic pool gracefully. But, if he stops swimming, he’ll sink! Boxing is another nice and easy mini-game. Unlike the sport in real life, Olly’s boxing match ups are neither complex nor violent. Instead, your athlete must practice punching a training device. Painted with a silly facial expression, the punching bag will actually move back and forth in an effort to trick you. As long as Olly throws punches consistently, it’s impossible to lose during this round.

Soccer is one of the harder mini-games, because it requires quick reflexes for success. During the soccer match, Olly must kick each ball out of the way. If the Olympian kicks too late, a penalty will be assessed. This is similar to hurdling, in which Olly must jump at precisely the right moment to avoid being penalized.
Keeping Track

One of the best aspects of Olly’s Medal Run is the scoring system. At the end of each round, your gold medals will contribute to your country’s overall count. This lets players see exactly how their team ranks among the rest of the world. It’s also a fun way to feel like you’ve actually helped your country achieve glory. See if you can lead your nation to the top of the international tally!