*I work with Shopkins. All my opinions are my own and not swayed by outside sources. *

In the 7 year old world, Shopkins are the best thing since sliced bread. Around my part of town and I know it is the same worldwide, Shopkins are taking the world by storm. Every day of the week, Hayley has her friends over and they play Shopkins, trading and storing them in containers based on what they are. It is a total obsession but this mom is A-Okay with that! I love Shopkins too! They are a fantastic toy idea that teaches kids responsibility to take care of their things, show them the fun of shopping, and brings out imaginative ideas for the children. 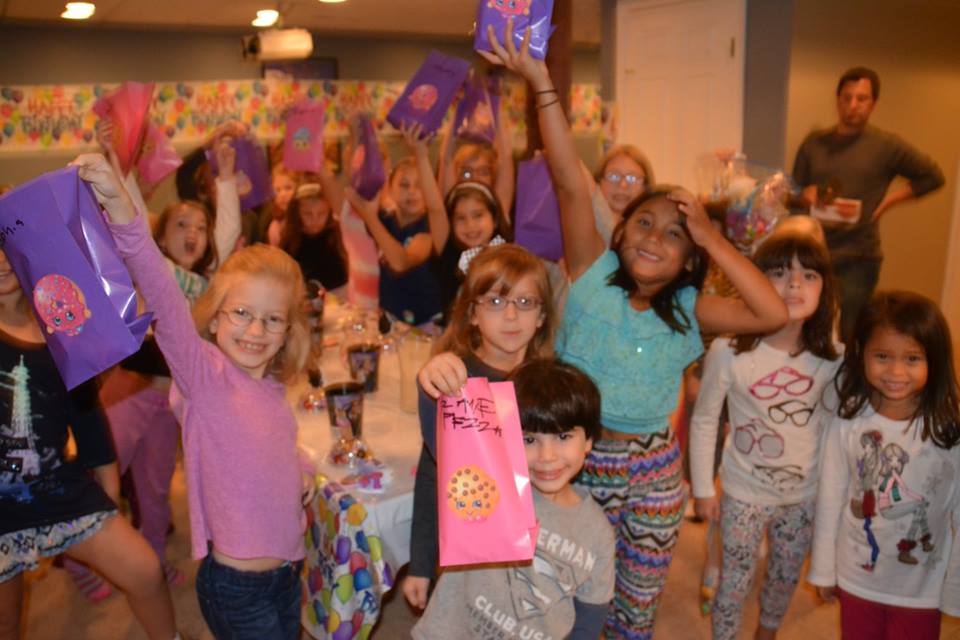 If you have not heard of Shopkins, they are  super cute, exciting, fun, and imaginative  small characters that live in a BIG shopping world! They come in 12 packs, 5 packs, and more. They also come with accessories and are based on season. Right now Shopkins just put out Season 3 and it is the rage around the country! 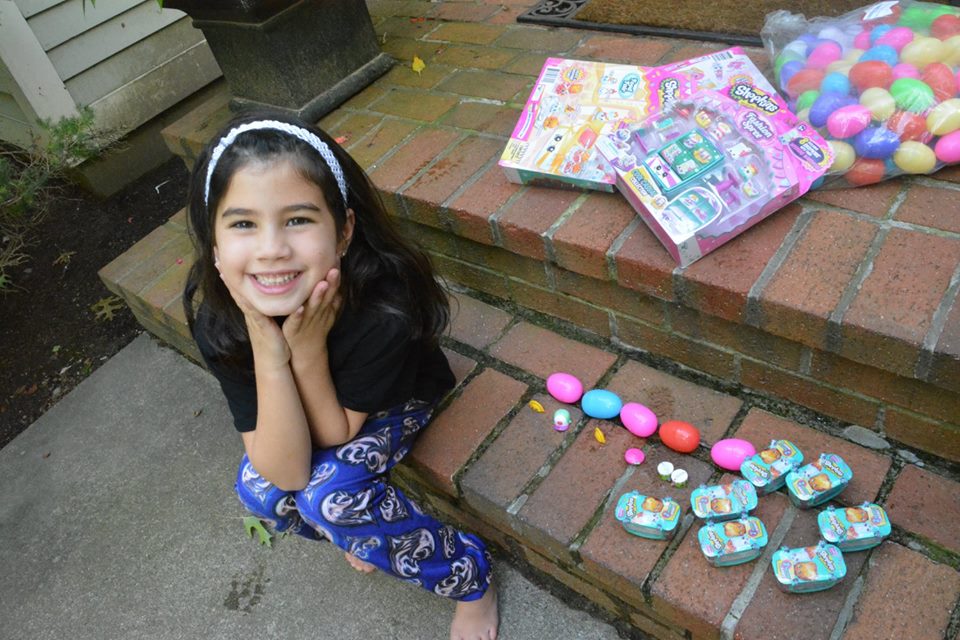 I love working with Shopkins and I contacted them to see if they would like to work with me on creating an exciting 7th birthday party for Hayley. They were excited about this partnership and sent us MANY Shopkins, which I am forever grateful for. Once we received the Shopkins, it was time to put on my party hat and get planning on her Shopkins birthday party. 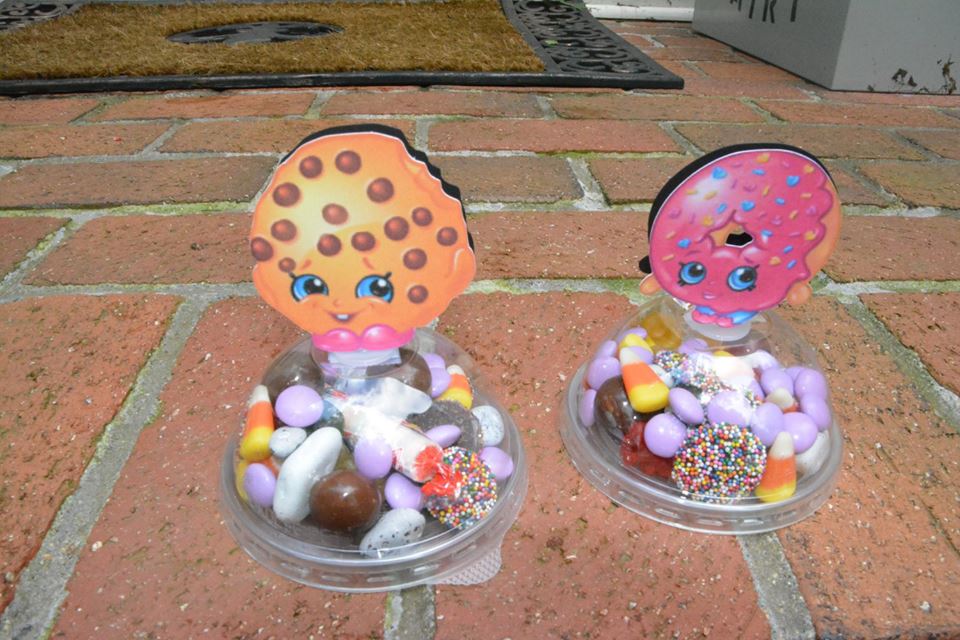 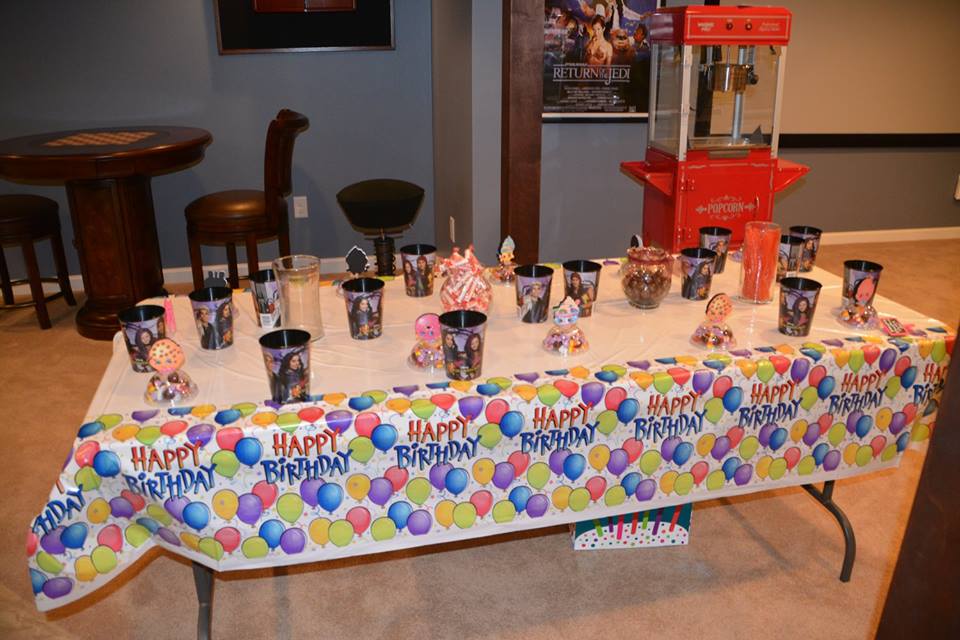 I also bought Shopkins favor bags from the same Etsy shop and put out a magic marker for each child to write their name on. When the children came the day of the party, they each took one of the favor bags, wrote their name, and then went to town on the candy buffet. They loved seeing all their favorite Shopkins all over. While I used the Shopkins for our egg hunt (see below), I also put out Shopkins around the house to jazz up her party. 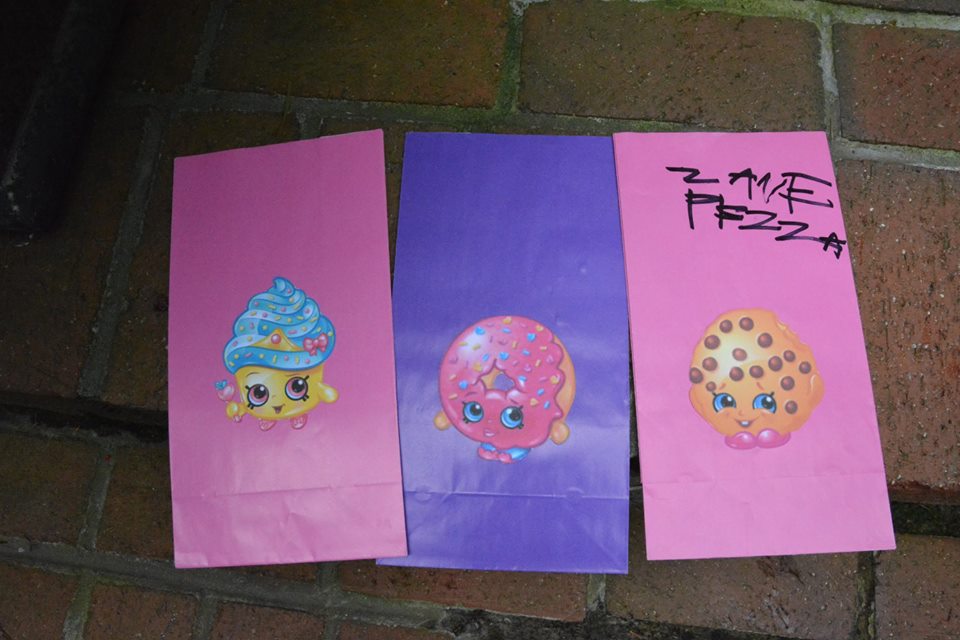 For the egg hunt, I thought it would be fun to take all the Shopkins out of the packaging and stuff each Shopkin in an Easter Egg, which I found on Amazon. Between my mom, Hayley, her friend, and my dad, we stuffed close to 200 Easter Eggs with Shopkins. 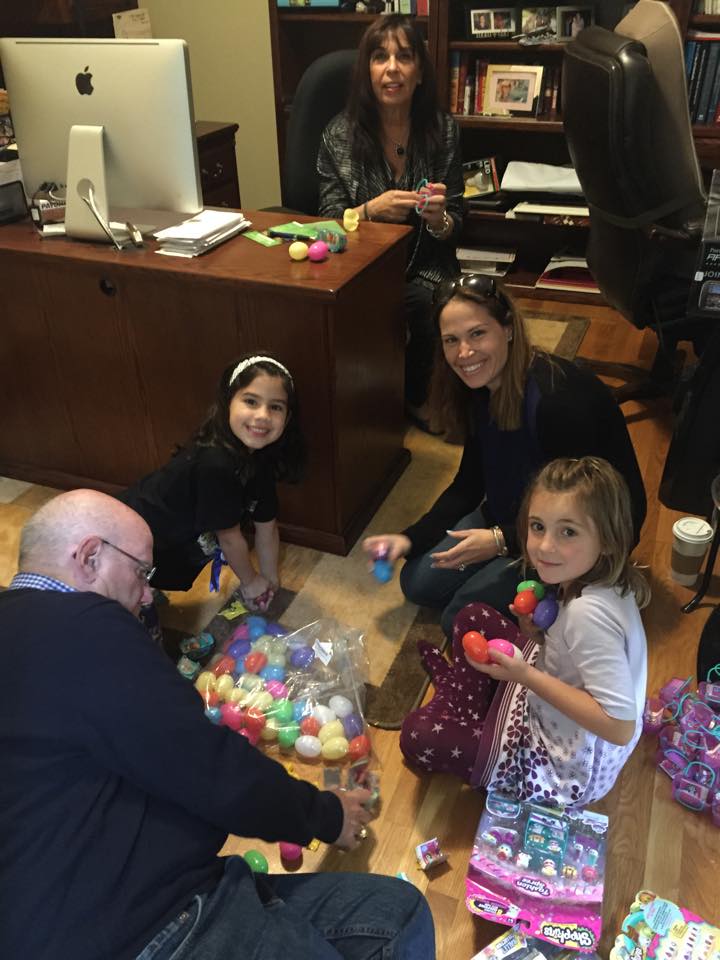 Then when the party started and they finished their candy, they went outside on a Shopkins Easter Egg Hunt and whatever eggs they found, they could keep. Most of the children that day got between 8-10 eggs each, which means they took home 8 Shopkins. 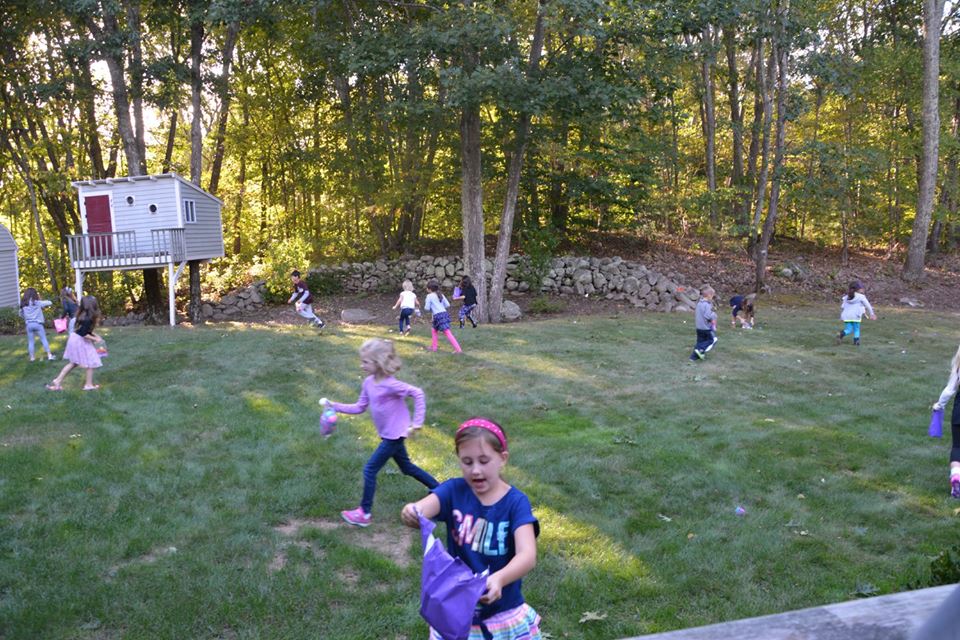 Once done with the egg hunt, we had a table to trade the Shopkins and the kids had a blast doing this. Some told me (parents included) that it was the best birthday party they have been to. 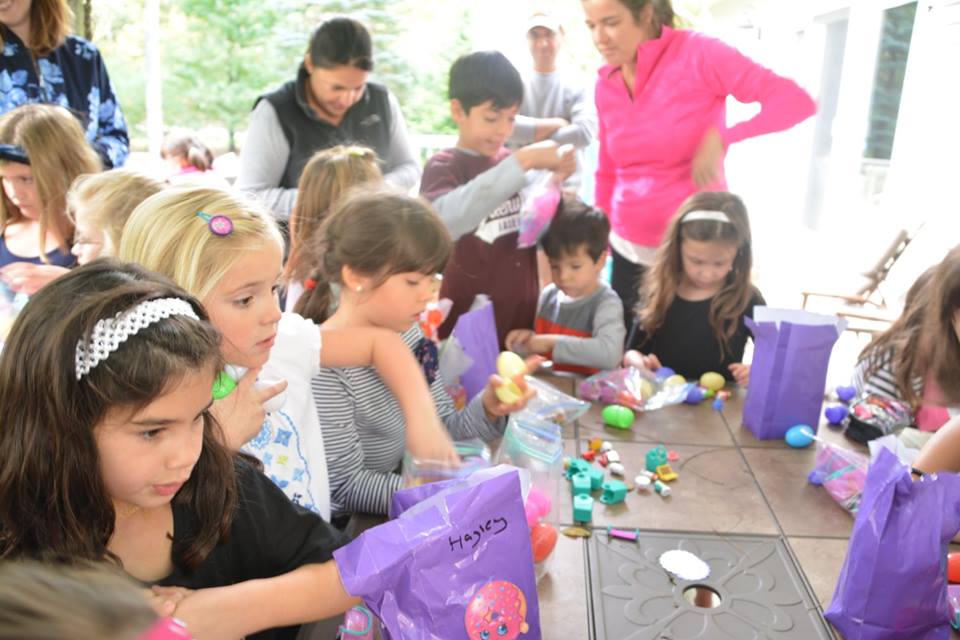 We ended the party with a Shopkins cake! 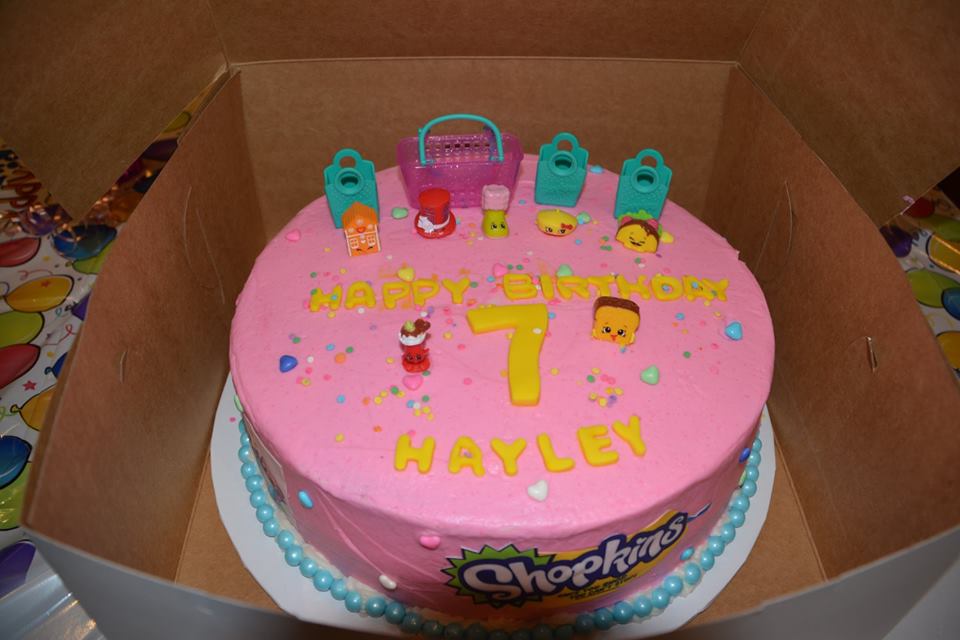 If you are looking for a great party idea, give the Shopkins theme a try today. It was a blast! Thank you Shopkins! 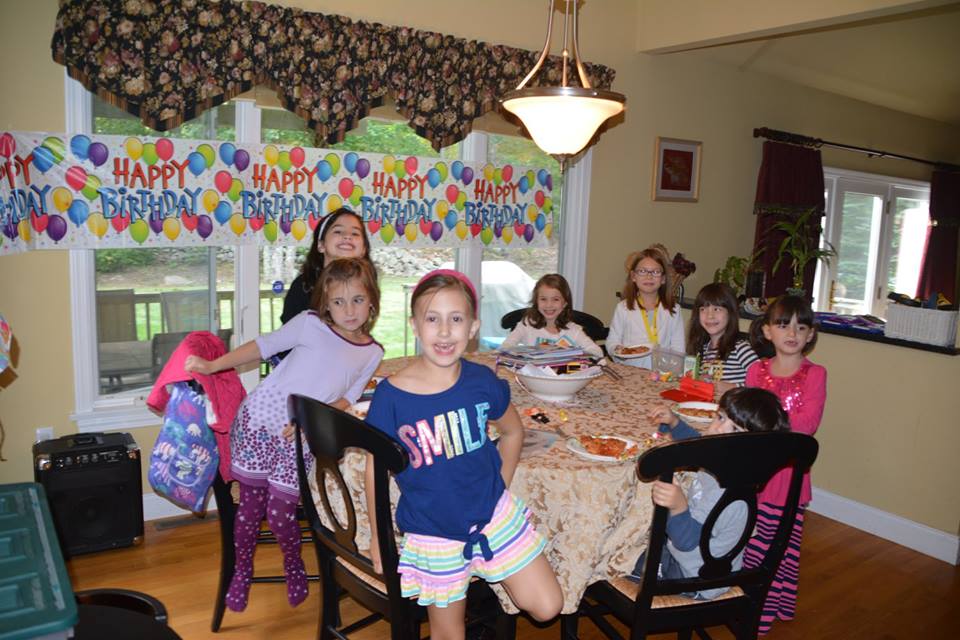 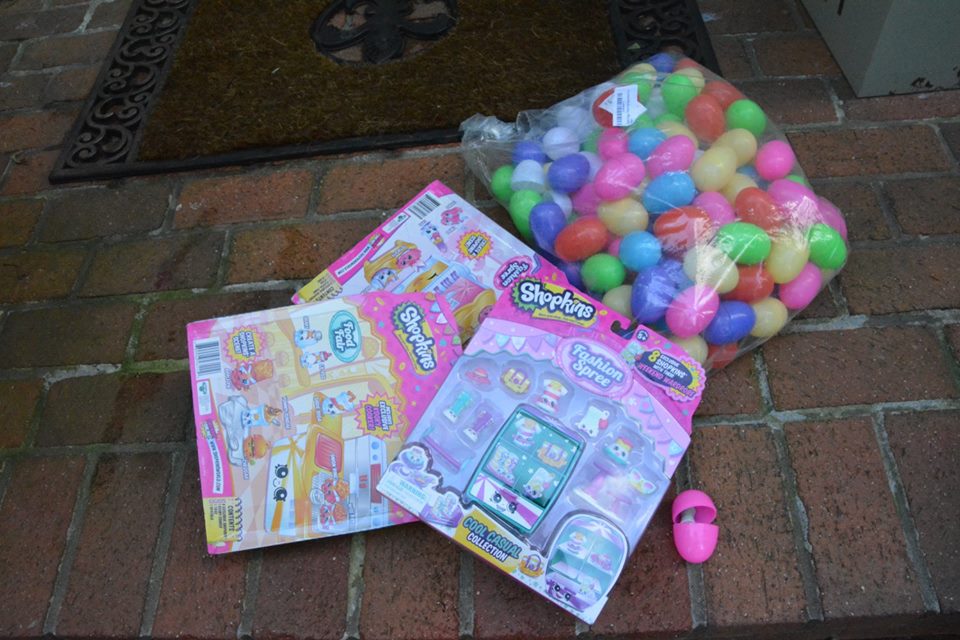