*I am working with Pitch Perfect on this upcoming Twitter Party. All my opinions are my own and not swayed by outside sources. * 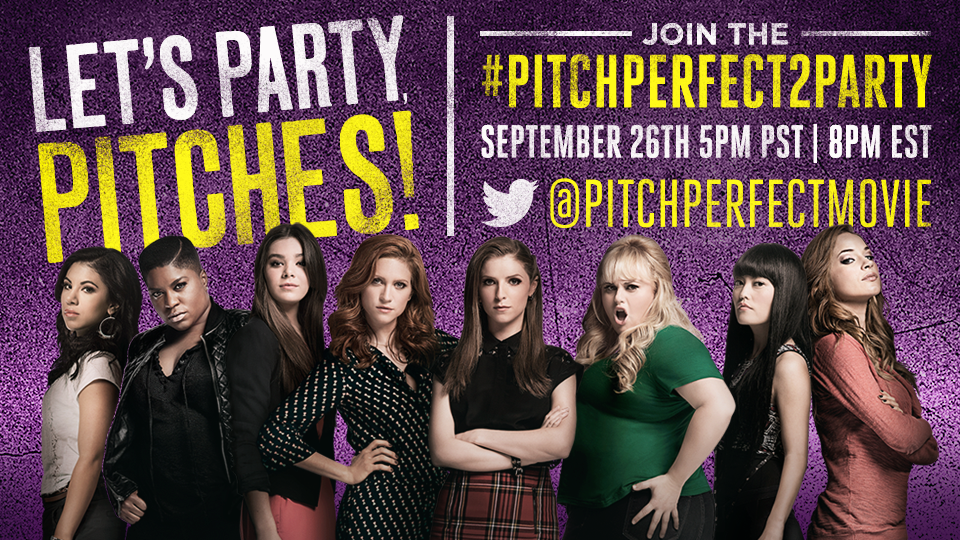 Get your girlfriends together Saturday night, watch the fantastic Pitch Perfect 2, and join us for the #PitchPerfect2Party right on Twitter!  I promise you it will be Aca-Amazing! This party will take place at 5 PM PST or 8 PM EST and I hope you will join to direct tweet with myself, some other lovely bloggers, and of course @PitchPerfect who will be leading the party. I hope you will join us! 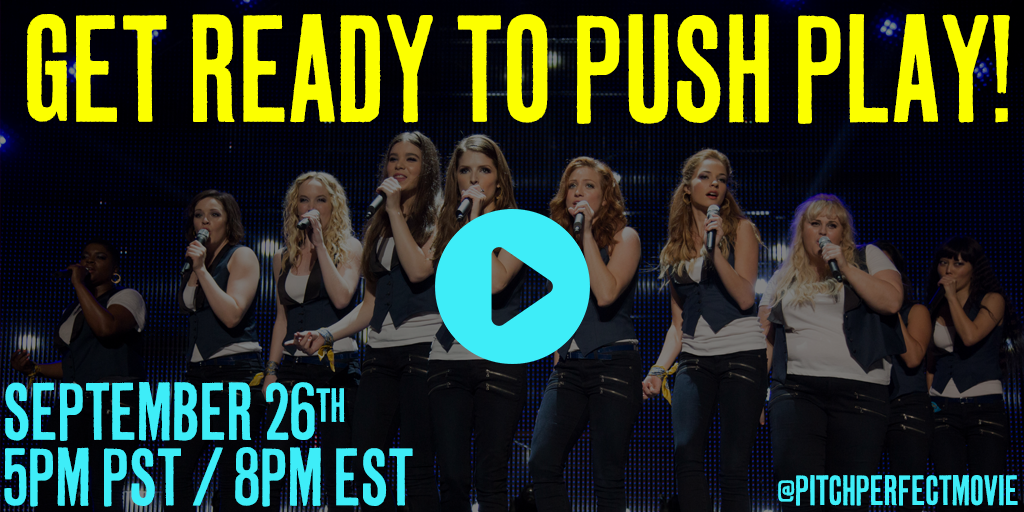 The fabulous Bellas of Barden University are back to compete in the World Championships of A Cappella after a scandal threatens their legacy in Pitch Perfect 2. The high-spirited sequel to the movie that sparked a worldwide phenomenon is coming to Digital HD on September 1st and Blu-ray™, DVD and On Demand September 22 from Universal Pictures Home Entertainment. Pitch Perfect 2 is packed with more original musical arrangements, memorable one-liners and offbeat romance as the original’s most beloved characters fight to regain their former glory on a worldwide stage facing off against the toughest competition on the planet. Hysterical behind-the-scenes bonus features, never-before-seen deleted footage, all-new musical performances and a hilarious gag reel make Pitch Perfect 2 a must own on Blu-ray™ and DVD.
Oscar®-nominee Anna Kendrick (Into the Woods), Rebel Wilson (Bridesmaids), Brittany Snow (Hair Spray), Anna Camp (The Help), Alexis Knapp (Project X), Hana Mae Lee (“Super Fun Night”) and Ester Dean (Ice Age: Continental Drift) return as the girls who run the a cappella world, with Hailee Steinfeld (True Grit), Chrissie Fit (Teen Beach Movie, “General Hospital”) and Katy Segal (“Sons of Anarchy”) joining the team for the first time. Elizabeth Banks (The Hunger Games series), who also directed the infectiously funny film, and John Michael Higgins reprise their roles as clueless competition commentators Gail and John. Skylar Astin (21 & Over), Adam DeVine (“Workaholics”) and Ben Platt (Ricki and the Flash) rejoin the comedy as the Barden’s favorite Treblemakers with YouTube superstar Flula Borg and Birgitte Hjort Sørensen (Automata) leading the Bellas’ archrivals, German supergroup Das Sound Machine.

See you at the party this coming Saturday!!

Tweet
Share
Pin
0 Shares
SafeStop – A Different Kind of Safety App!
Aerosoles and the Soles4Souls Charity Partnership! Read about it!