This week, I had the pleasure to interview Helene Naftali, who is a mother of two, Financial planner, Psychotherapist , and Author of “Own Your Zone: What Students Need to Succeed from College to Career”. In addition to her accomplishments, she is also the Principle and Founder of The Own Your Zone Career Discovery Academy at One True Zone.  She launched Own Your Zone Career Discovery academy for students because she has a passion to not see them go into debt through the college years. It involves  10 sessions where students can do deep self exploration to find out what makes them unique and special, between gifts in life, skills, interest, and passions- this is called One True Zone. It gives students a chance to learn early about themselves, give them significant leg up and gives them confidence when they enter college. These are key elements to make successful in college! She was an absolute pleasure to talk to and I learned so much from Helene. Most of all, she is doing what she does because she is incredibly passionate about not having college students come out floundering and in debt. 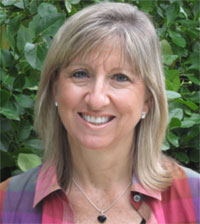 College debt is an average of 30,000 dollars per student. 7 in 10 students have debt when they come out of college. 100-150,000 dollars in debt for students countrywide is a staggering statistic. Student loan debts  have quadrupled between 2003-2013. This is because of the recession that started in 2009, and the drastic drop in state funding which  forced college to raise costs significantly. In private colleges, the competition to draw students in has pushed up the cost of college to a level that is not manageable for most kids.
Helen wrote the book to help as many students as possible and to not get kids in position where they are not graduating college in 5-6 yrs, because of the debt. She has a passion to help students succeed in life. It was such a burden to see students suffer so she wanted the book to be wakeup call for students and parents, and what they could do, to get ahead. She does not want kids to graduate floundering with such huge debts. She wants kids to feel good about themselves. If she gets the book out there, she could help more and more students, which is her ultimate goal. She then created the academy to get there out there in a much bigger form nation and world wide. 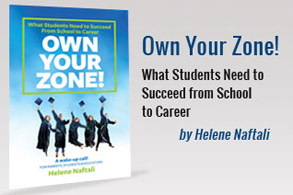 As a mom of two college age students, Helen started all of this because of her mission on not seeing her kids suffer with severe debt. She started this endeavor before her kids even went to college. It starts with kids not having a secure sense of what they are going to do and the expectations for these students which is overwhelming. She wants to reduce this as much as possible. 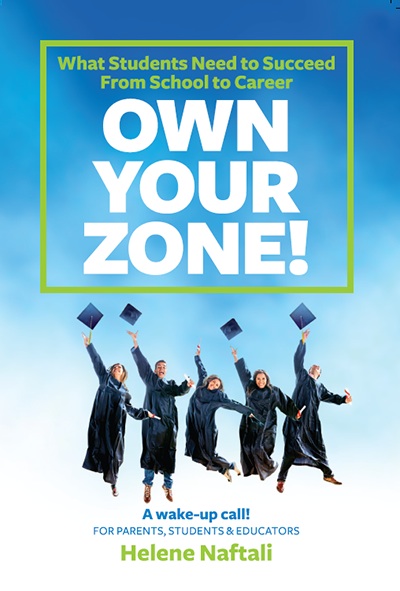 Students are so worried after they come out of college and one of things most challenging facts is the changing job landscape. Things are changing so rapidly that it is likely that most careers are going to be replaced by a new list of careers. It is so significant for every young person to see what they bring to the table so they can live in their zone and excel. She want kids to put their energy towards what they want to do and make sure they are keyed in their zone!

*This is a partnered post. All my opinions are my own and not swayed by outside sources.*