If you follow me, you know how much I LOVE Disney DVDs! When they get released from the vault, I wait all of an hour until I am in line at the stores, to purchase them. Two days ago, three of my childhood favorites got released from the vault and are now available for purchase on DVD. They are The Sword In The Stone, Robin Hood & Oliver and Company.  If you are new to these DVDs, they will quickly become childhood favorites for both you and your children! 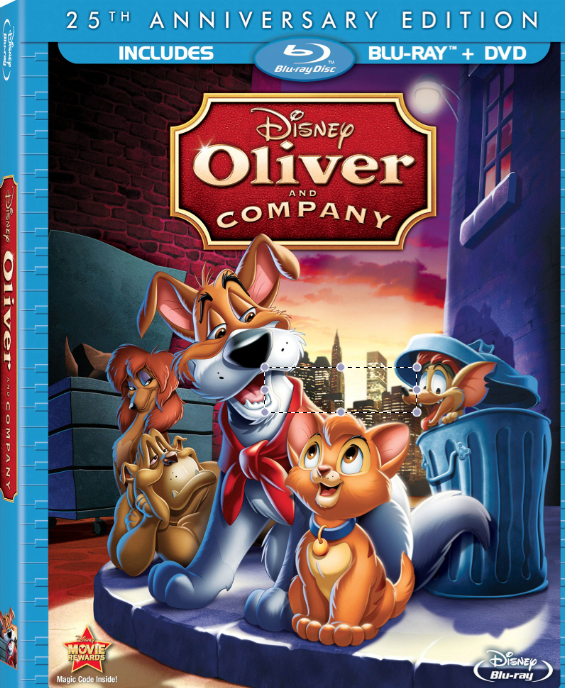 Celebrate the 25th Anniversary Tale of the Beloved

Kitten Oliver and His Adventure to Find a Home

Synopsis: Celebrate the 25th anniversary of a Disney classic with the stunning Blu-ray debut of Oliver And Company, featuring perfect picture and sound. Relive this charming animated adventure, packed with excitement, fun and unforgettable songs by Billy Joel, Bette Midler and Huey Lewis.

In the heart of New York City, Oliver, a mischievous orphaned kitten, is befriended by Dodger, a carefree pooch and his ragtag family of misfit mutts. Life gets even better for Oliver when he is adopted by a lonely little girl named Jenny. But when tough guy Sykes and his Doberman sidekicks try to keep Jenny and Oliver apart, the spirited kitten and his newfound friends discover the meaning of courage and find a home where they truly belong.

Writer: Jim Cox (Fern Gully: The Last Rainforest, The Rescuers Down Under)

Rediscover The Humor And Magic of The Classic Animated Film

Which Is Celebrating its 50Th Anniversary 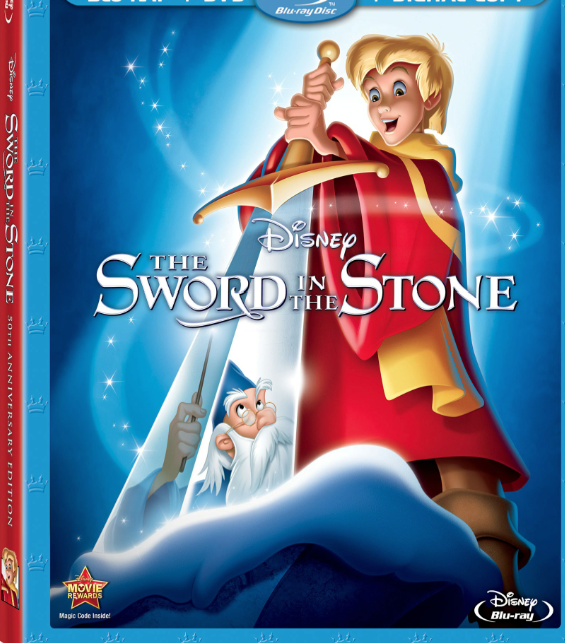 Available for The Very First Time on Blu-ray™ Combo Pack with Digital Copy on August 6, 2013

Synopsis: Disney proudly presents the 50th anniversary edition of a spellbinding and beloved animated classic. Conjure up magical family fun with the humor, adventure and Academy Award®-nominated music (Best Score – Adaptation or Treatment, 1963) of The Sword In The Stone – now on Blu-ray Combo Pack for the first time ever!

Take an amazing journey with a young orphan named “Wart” and the extraordinary wizard Merlin. According to legend, only someone with the purest character and inner strength can pull the enchanted sword from the stone and claim the throne of England. Armed with newfound confidence and the power of friendship, Wart discovers his destiny and learns the best magic is the kind you find inside yourself!

Voice Cast: Sebastian Cabot (The Jungle Book, The Many Adventures of Winnie the Pooh) as Sir Ector, Karl Swenson (The Birds, Judgment at Nuremberg) as Merlin, Rickie Sorensen (Tarzan and the Trappers, Tarzan’s Fight for Life) as Wart,  Junius Matthews (The Many Adventures of Winnie the Pooh, Winnie the Pooh and Tigger Too) as Archimedes, Martha Wentworth (101 Dalmatians, The Stranger) as Madam Mim, Norman Alden (The Transformers: The Movie, Back to the Future) as Sir Kay, and Alan Napier (Marnie, Batman) as Sir Pellinor

Bonus Features: New Alternative Opening: Where Wart Meets Merlin plus all the original Classic DVD Release Bonus Features including Music and Magic: The Sherman Brothers, Sing-along with The Movie, All About Magic (excerpt), A Knight for a Day & Brave Little Tailor 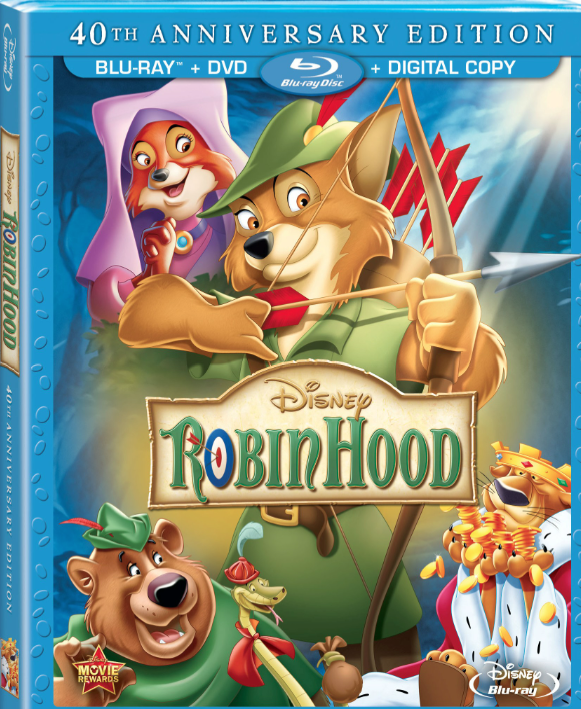 Will Be Made Available for the First Time on Blu-ray™ & HD Digital August 6, 2013

Synopsis: To commemorate its 40th anniversary, Disney proudly presents the unforgettable animated classic Robin Hood on Blu-ray for the first time ever. Experience all the fun, thrills and celebrated music (Academy Award® Nominated Music for Best Original Song “Love” in 1973) of this legendary adventure with perfect picture and sound!

Join Robin Hood, his trusted companion Little John and his hilarious band of Merry Men as they outfox greedy Prince John to save the good people of Nottingham. Dashing from one daring deed to the next, Robin won’t rest until he wins the hand of Maid Marian and restores King Richard to the throne. One of Disney’s most beloved movies is even better on Blu-ray Combo Pack!

Writer: Larry Clemmons (The Jungle Book, Fox and the Hound)

What I love about these DVDs is that they are all new to Hayley and Zane. While we love all the new Disney movies and such that are coming out, it is also great for them to see some of the older features, that were fan favorites when I was growing up. These movies are fun, colorful, and all tell great stories. These films deserve the new recognition from our generation that they deserve.

*I received the above DVDs from Disney. All my opinions are my own and not swayed by outside sources.