Can you believe New Year’s Eve is is a few short weeks? With that comes the obligatory, but yet special, New Year’s Eve Kiss. I remember that the New Year’ Eve kiss in 203, marked the second kiss my husband and I ever had. It was indeed a special night and every New Year’s Eve, he is right behind my side, ready to kiss me at the strike of midnight. 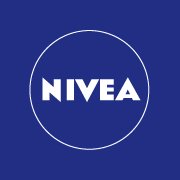 One of the most special memories of watching the New Year’s Eve celebration on television, is seeing how NIVEA sponsors it, and seeing all the kiss cams. I love seeing Time Square come alive with NIVEA in the background- seeing all the NIVEA hats, the NIVEA kiss cam, the NIVEA signs- it sure paints NYC blue! It is a magical night and NIVEA captures it all!

This year, NIVEA is sponsoring the NIVEA Kiss of the Year Contest. Fans around the world sent in their love stories for a chance to go to win a full trip to experience New York City on New Year’s Eve and be have their kiss televised in front of millions at the NIVEA Kiss Booth in Time Square, New York City on December 31, 2012. They will be celebrating along with celebrity couple Mario and Courtney Lopez, who is representing the NIVEA Kiss couple of the year.

Now, it is up to us to pick who, out of the three couples who made the finals, deserve to win this trip. Read their compelling love stories and vote now to see your favorite couple WIN the NIVEA couple of the year. Voting is OPEN NOW AND ENDS 12/16, so be sure to go to their NIVEA Facebook page here: NIVEA, like their Facebook page and  then go to the Kiss of The Year App! Then simply VOTE! If you vote, you will also be in the running to win smaller NIVEA prizes, so what are you waiting for! It is really easy to do! Please do this daily (every 24 hours) to support your favorite of the three couples. Then tune in New Years Eve and lets see if your favorite couple won!

To enter please follow the instructions below and good luck! US only! Ends 12/24/2012

Mandatory entry: (+1)- Tell me if you ever tried Nivea products and if so, which one.

*Thanks to the PR firm and Nivea for allowing my readers a chance to win their own prize pack. I received products and compensation for this post. As always, all my opinions are my own and not swayed by outside sources.