Hi everyone, I’m Jodi from Blush Mamas! When Melissa asked me to do a guest post for her blog I was so honored since I am a fairly new blogger, and I know she has massive amounts of awesome loyal readers. Then I heard it was to review the Ringling Bros. and Barnum & Bailey Circus presents Dragons, and I was overcome with excitement. I have been a HUGE circus fan since I was a little girl!

Last night I was beyond thrilled to bring my four year old daughter and seven year old niece to their very first circus experience! We attended opening night of The Greatest Show On Earth at the Dunkin’ Donuts Center in Providence, and it did not disappoint! It was very entertaining from beginning to end, and included all the regular circus acts you would expect and then some. Every moment was exciting to watch from the elephants and tigers, to the acrobats and martial artists. The costumes and choreography were spectacular, everything was dragon themed and beautiful. 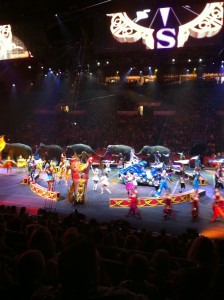 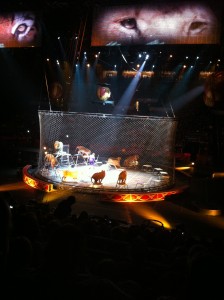 The dancers and clowns did a fabulous job getting the show pumping and had everyone up on their feet dancing! The parade of elephants was an amazing sight to see. My daughter’s favorite part was watching the beautiful horses gallop in a circle as the acrobats did daredevil riding stunts on them. The girls also loved the sirens of the sky as they danced inside of hanging glass spheres. 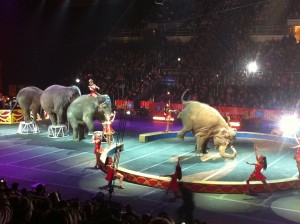 We enjoyed the motorcycles on tight ropes with hanging acrobats, and the Torres family riding 8 motorcycles inside a 16-foot steel sphere at 65 mph! The show ended with an enormous fire breathing dragon circling the perimeter with all the performers singing and dancing inside the ring. 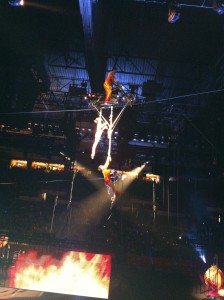 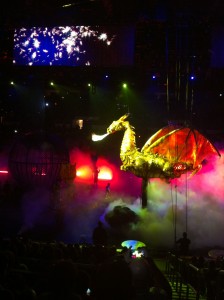 The girls were singing the whole ride home, and my daughter asked this morning if we are going back to the circus tonight! This show was an A+ because it had all the circus acts you would expect plus many exciting new acts to see. If you haven’t been to the circus in a while, or want to bring your children and make memories, this is the show to see! Dragons is running now through May 7 at the Dunkin’ Donuts Center in Providence, RI. For more information, or to purchase tickets please visit Ringling Bros. 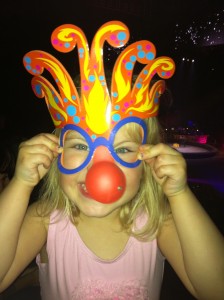 *Disclosure: I was given tickets to review this show by Melissa. The tickets were originally given to Melissa by Feld Entertainment. As always, all my opinions are my own and not swayed by outside sources.

Saturday Top Five Laughs- Come join our Blog Hop!
Guest post: Things I am looking forward to with a toddler