You know me and you know I love my thrill and scary movies! I live for seeing the scary movies with a big bowl of popcorn and underneath my covers in case I get scared. Now on DVD, is a bone chilling terror thriller called The Conjuring 3: The Devil Made Me Do it.

Now you can witness the chilling terror and unknown evil as “The Conjuring 3: The Devil Made Me Do It” is available on  Premium Digital Ownership at home, 4K, Blu-ray, Movies Everywhere, and DVD. The film is directed by Michael Chaves (“The Curse of La Llorona”) and stars Vera Farmiga (“Annabelle Comes Home,” TV’s “Bates Motel”) and Patrick Wilson (“Annabelle Comes Home,” “The Nun”).

“The Conjuring: The Devil Made Me Do It” is produced by James Wan and Peter Safran, who have collaborated on all the “Conjuring” Universe films.   The film also stars Ruairi O’Connor (Starz’ “The Spanish Princess”), Sarah Catherine Hook (Hulu’s “Monsterland”) and Julian Hilliard (Wandavision, TV’s “Penny Dreadful: City of Angels” and “The Haunting of Hill House”). 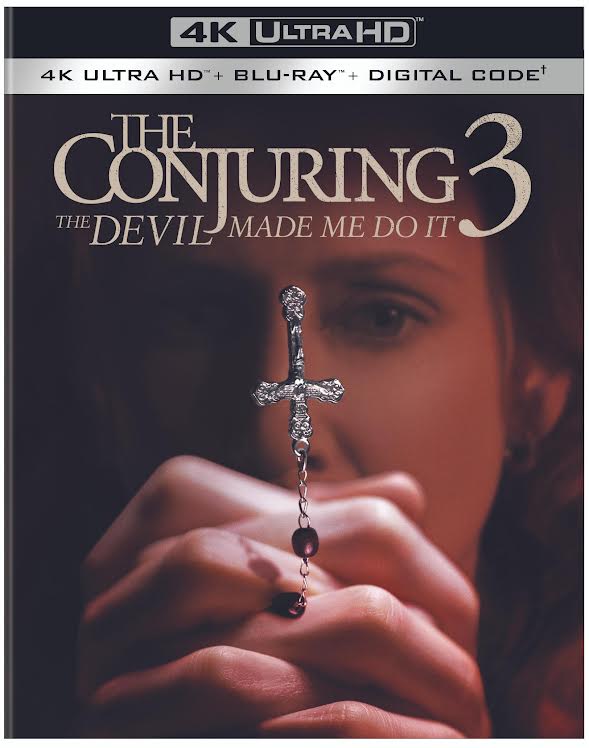 “The Conjuring: The Devil Made Me Do It” reveals a chilling story of terror, murder and unknown evil that shocked even experienced real-life paranormal investigators Ed and Lorraine Warren. One of the most sensational cases from their files, it starts with a fight for the soul of a young boy, then takes them beyond anything they’d ever seen before, to mark the first time in U.S. history that a murder suspect would claim demonic possession as a defense.

“The Conjuring: The Devil Made Me Do It” 4K UHD combo pack and Blu-ray contain the following special features:

“The Conjuring: The Devil Made Me Do It” DVD contains the following special feature:

Be sure to watch The Conjuring 3: The Devil Made Me Do It. I can’t promise you that you won’t be wicked scared!