Today a very important film called A Mouthful of Air opens in selected theaters. This film is one that had to be made for so many reasons. This film deals with a very serious topic that affects a lot of mothers, postpartum depression and becoming a mom. It is based on the book by the same name and is a conversation starter that is crucial for new parents, family, friends, and truly everyone.

This film is very important to me as I was a mom who dealt with postpartum depression. When I had my first child, Hayley, I was very anxiety-ridden and depressed. At first I chalked it up to becoming a new mom but then I realized it was effecting my day to day operations. Being a new mom, I was too ashamed to talk about it and at the time (13 years back) the resources were very limited. Now in retrospect if a movie came out like this, I would be much more opt to open the discussion with my doctor. 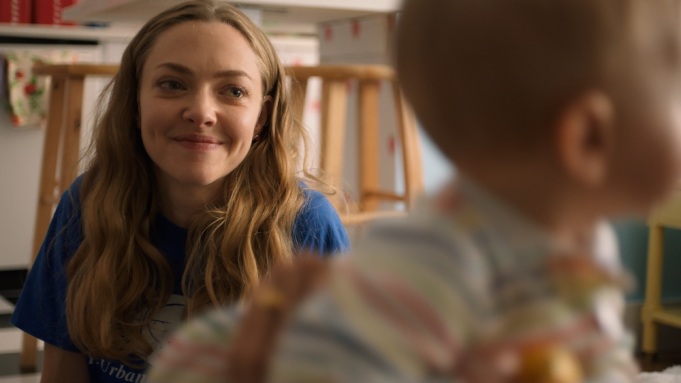 After struggling with my first, I was adamant that I did not want more kids. So when I peed on a stick in June of 2010, I was crying hysterically to my husband that I was pregnant again. I told him I could not go through what I went through with Hayley. He was my total rock and both of us were going to do it together. After delivering Zane and 3 years later Tay Tay, I was very fortunate to not have to deal with postpartum depression again. I only had it with my first and I considered myself saved from the wraths and horror of being inflicted with this disease, with the next two.

However, my experiences still haunt me to this day. Like I mentioned, had a movie come out like this, I think I would have been able to open up the discussion with my doctor and not be ashamed of what was going on in my body. This movie allows families to have these talks about how much a women’s body not only changes physically but changes mentally. It is a heart wrenching film but one that definitely needs to be told.

Julie’s story was more worse than mine but I felt her character throughout this whole movie. I cried and cried some more. It was extremely well done and one that deserves to be seen on the big screen. Be sure to watch A Mouthful of Air in theaters today!

Julie Davis, warm, kind, loving to her husband and child, is a bestselling children’s author. While her books deal with unlocking childhood fears, she has yet to unlock the dark secret that has haunted her own life. But when her second child is born, events occur that bring that secret to the fore, and with it, a crushing, powerful battle to survive.

Sony’s “A MOUTHFUL OF AIR,” that will be released today in limited theaters on October 29th!