*We learned about the Roar for Change initiative at the Infinity War Press Junket in LA. All opinions are my own and not swayed by outside sources.*

There is an absolutely amazing initiative that is going on with Lucas Studios and Unicef. This initiative is called Roar for Change and one that we should all participate in. Star Wars: Force for Change will Donate Up To $1 Million to Support UNICEF! So this is where you will all come in! 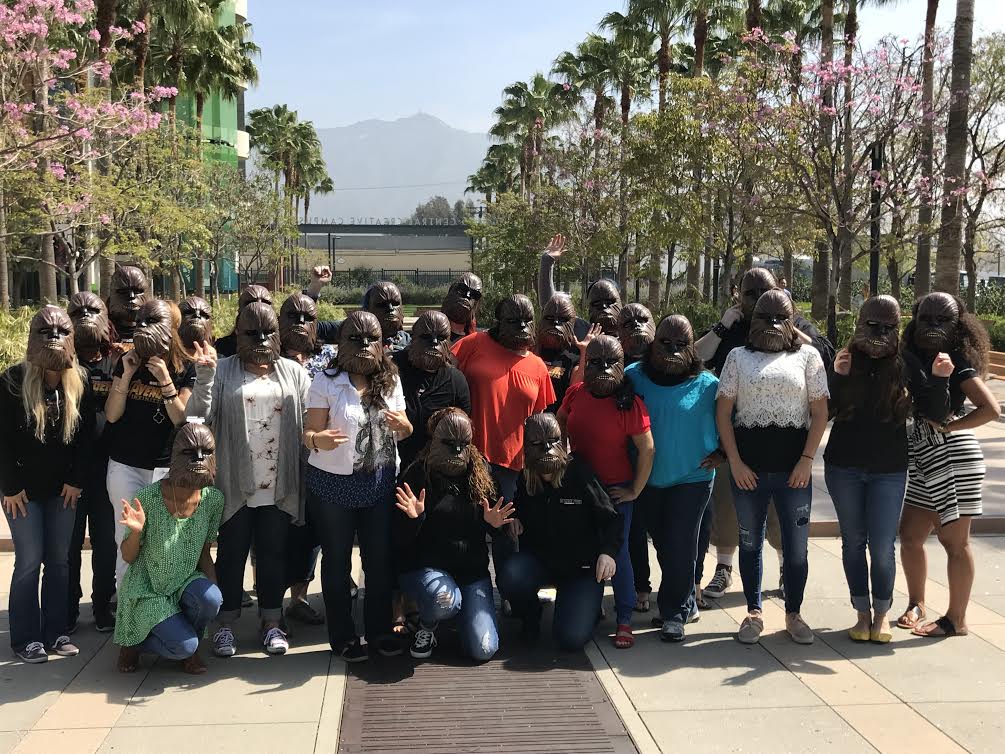 Just in time for the new Solo movie, this new initiative is hoping to raise a lot of money for UNICEF and it involves the ever popular Chewbacca! Yes the Chewbacca mask is back! Keep reading to learn all about it!

WHAT IS ROAR FOR CHANGE:

Lucasfilm and Star Wars: Force for Change today announced Roar For Change, a global challenge in support of UNICEF. The initiative invites fans and families to share their own version of Chewbacca’s iconic roar. For each public post, like, or share on Facebook, Instagram or Twitter that includes #RoarForChange between May 3 – 25, 2018, Star Wars: Force for Change U.S. will donate $1 to UNICEF USA, up to $1 million. Funds will be used to support UNICEF’s lifesaving work for children around the world.

HOW YOU CAN PARTICIPATE:

Fans can share their best Chewbacca impersonation, don a voice-changing Hasbro’s Electronic Chewbacca mask, or create a Dubsmash using one of Chewbacca’s best-known roars from the Star Wars saga, which will be hosted on the app’s homepage for the duration of the campaign.

The initiative kicked off with a video featuring the cast of Solo: A Star Wars Story, revealing Chewbacca’s diva behavior on the set of the new movie, which hits theaters on May 25.

ARE YOU GOING TO DISNEYLAND?

Fans and families attending Disneyland After Dark: Star Wars Nite on May 3rd will also be invited to join the celebration during the park-wide exclusive event. Additionally, on May 4th, guests at the Disney store in San Francisco will have the chance to meet Chewbacca and roar alongside the legend himself, and from May 4 – 6, fans that roar and post on social media in Disney store locations nationwide using #RoarForChange will receive 10% off their Star Wars purchase.

Partners from across the Star Wars galaxy have joined forces to celebrate the initiative. LEGO is taking to the streets of New York with the first-ever Brick Millennium Falcon pedicab to promote Roar for Change and give fans the chance to roar alongside Chewbacca himself in Bryant Park on May 4. Hasbro and Funko each met the challenge to Roar for Change and created celebratory videos to help unlock the donation to UNICEF.

Nearly one in four children worldwide are severely malnourished. UNICEF is working in 190 countries and territories to defend children’s rights and, among other issues, help address malnutrition. On behalf of Star Wars: Force for Change, funds unlocked through this campaign will help UNICEF to provide Ready-to-Use-Therapeutic Food packets to children suffering from malnutrition, helping them to have a chance at a brighter future.

“We are thrilled to team up with Star Wars: Force for Change and Chewbacca to help improve the lives of malnourished children around the world. It’s incredible to see Star Wars fans rally around the spirit of Chewbacca and UNICEF’s lifesaving mission. Together, we can protect all that is good in a galaxy not so far away,” said Rajesh Anandan, Senior Vice President of UNICEF Ventures, UNICEF USA.

WHAT CAN YOU DO?

Join the #RoarForChange challenge and view the launch video HERE.

ABOUT STAR WARS: FORCE FOR CHANGE

Star Wars: Force for Change, a charitable initiative from Lucasfilm and Disney, harnesses the strength of Star Wars to empower and improve the lives of children around the world. Since 2014, it was inspired by Star Wars fans, and the countless hours they have dedicated to philanthropy over the past four decades. To date, over $16 million has been raised for charitable causes around the world on behalf of Star Wars: Force for Change. With a bright future ahead, and new Star Wars stories to be told, Force for Change aims to continue collaborating with causes and encouraging others to be forces for change in their own community. To learn more, please visit ForceForChange.com.

About SOLO: A STAR WARS STORY

Board the Millennium Falcon and journey to a galaxy far, far away in “Solo: A Star Wars Story,” an all-new adventure with the most beloved scoundrel in the galaxy. Through a series of daring escapades deep within a dark and dangerous criminal underworld, Han Solo befriends his mighty future copilot Chewbacca and meets the notorious gambler Lando Calrissian, in a journey that will set the course of one of the Star Wars saga’s most unlikely heroes. 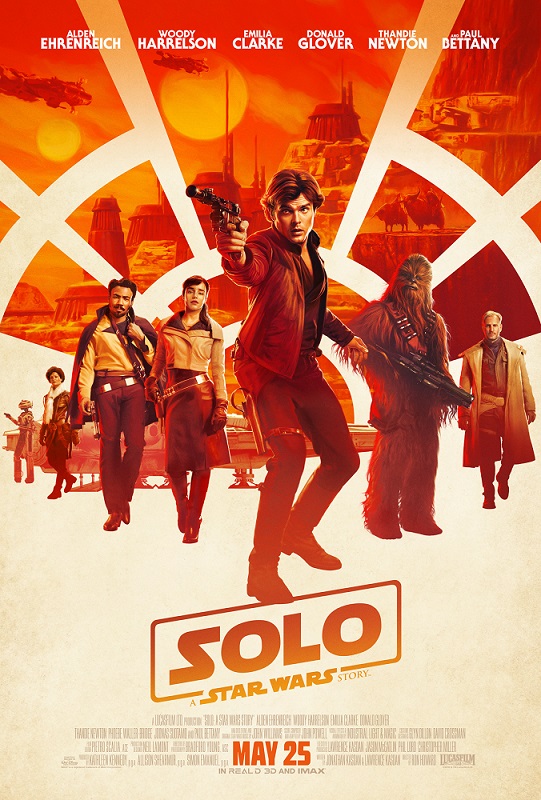 UNICEF saves and protects the world’s most vulnerable children, working to ensure child rights and providing health care, immunizations, nutrition, access to safe water and sanitation services, basic education, protection and emergency relief. Through their work in over 190 countries, UNICEF has helped save more children’s lives than any other humanitarian organization.

Lucasfilm, STAR WARS and related properties are trademarks and/or copyrights, in the United States and other countries, of Lucasfilm Ltd. and/or its affiliates. © & TM Lucasfilm Ltd.

UNICEF does not endorse any company, brand, product or service.