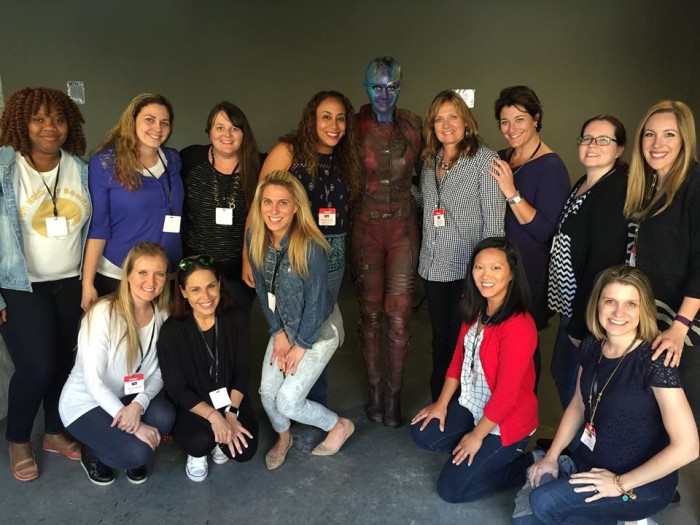 I got to interview the one and only Nebula! The beautiful Karen Gillan had a chance to sit down with us to discuss her reprising role as Nebula in Guardians of the Galaxy Vol 2. I hope you like the interview as much as I did that day!! 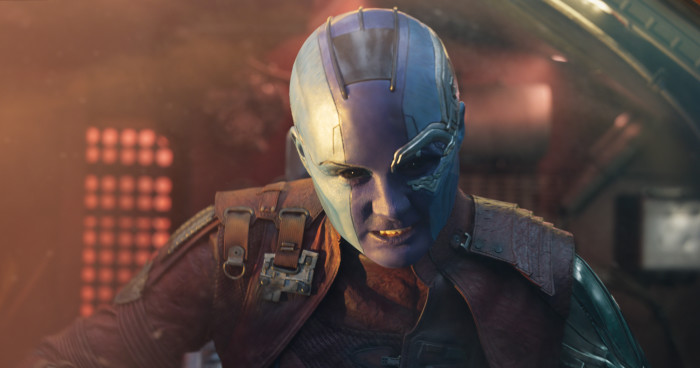 So we dove right in and asked all the dirt on the film. We were very interested in learning. Of course she couldn’t give us any spoilers but it was a very interesting and informative interview.

She told us that there is a lot happening on the film and she gets into a lot of stuff with Gamora.

Question 1: So how is that relationship been changed?

“I think we’re just going to really delve much further into it and were really going to learn about their back story. This is really exciting for me as an actress to kind of explore. We’re going to learn that they have very severe daddy issues.”

She told us we are going to learn a lot more about Nebula’s relationship with her father, Thanos (adopted) and her adopted sister, Gamora.

Question 2:    What is it like to be back with the cast and to be doing this?

“It’s so nice to be back. We’re like one big happy family. It is great. Everyone’s really nice and it’s just so much fun to be on this set and they play music and it just really sort of a joyous experience.” 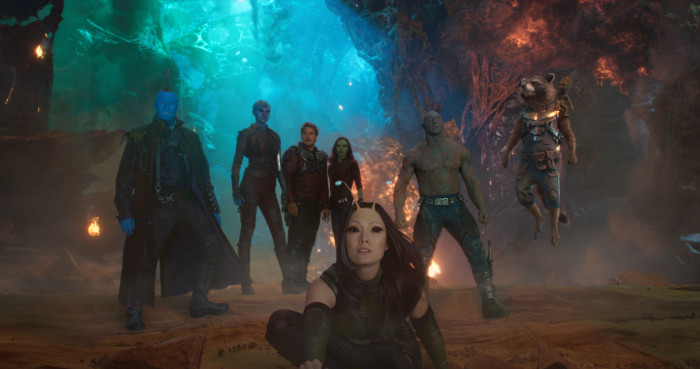 Question 3:    Will you talk about your costume a little bit? Is it comfortable?

She told us elements are comfortable, not exacting what she would chose to lie around the house. She told us it looks so cool that she did not care. I have to agree! She also told us she gets a costume change in this movie.

Question 4:    How long does it take to put your makeup on and everything on?

She told us she has been able to keep half of her hair for this film which she loves. That equates to adding only an hour of wrapping all her hair in a bald cap. After this she told us it takes 2.5 hours to put her makeup on, which she mentioned is much quicker than the last film. She told us it is a very long process but it was worth it.

During her makeup and hair process, she likes to either nap or watch the Avengers.

Question 5:    You have a very physical role. What do you do to prepare for that as far as your workouts?

“ I work out with the Marvel stunt team and that is so ridiculous. Oh my God, like I come out and I like to take a nap. It is like with all the stunt guys and they’re like jacked. So yeah, I do that as much as I can.” 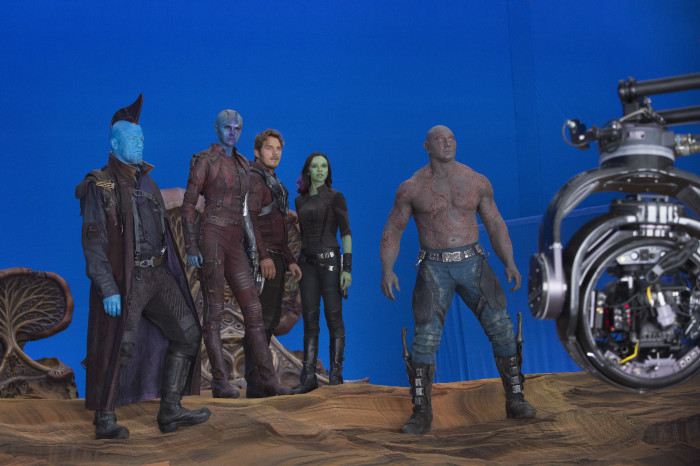 Question 6:    So when you got the script for part two and use all your character was going to be going through, what was your first reaction?

She told us she emailed James first and told us she was so excited to do all this stuff. She was pumped.

Question 7: Are we going to see a softer side to your character?

She told us she thinks so! Everyone is going to have a bit of empathy towards her.

“As to whether that makes her soft I don’t know because she’s still classic pissed off Nebula. But we’re just going to understand why she does the things she does and understand her relationship with Gamora in much more detail and maybe understand that Gamora wasn’t as nice as she makes out towards Nebula in their childhood.” 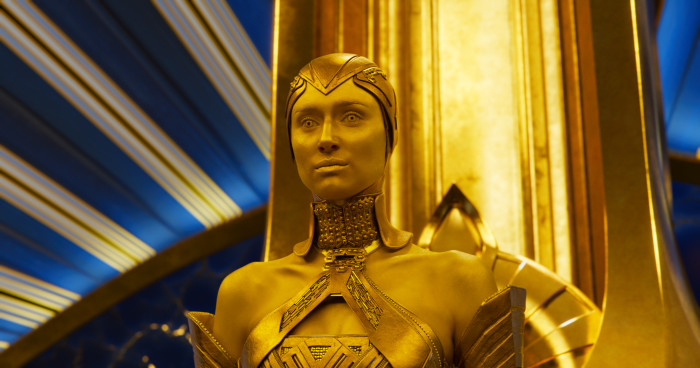 Question 8:    How do you get into character because you seem very lovely and nice?

She told us makeup accounts for half of it and with the makeup, she told us it allows her to feel natural to get into her mean role.

She is from Scotland.

Question 10:   So what initially attracted you to this role?

“It’s really interesting when you sort of audition for a Marvel film you don’t really know that much about it. All I knew is that it was a female villain and that was enough to attract me to it because with these big films quite often a girl is some sort of glamorous role. But this was totally different. And I was like wow, that’s really cool. My dad always told me to aim to be a Bond villain rather than a Bond girl. So that was kind of like a cool moment for me.”

“I just auditioned and it felt like it was going to be a fleshed out interesting character with places to go. And she was just creepy, which is fun.”

Question 11:   What did you find was challenging for volume 2 versus volume 1?

She told us that it was probably just delving further into the history of the character and finding that balance between playing an evil villain people, which people love to sort of hate but trying to tell the truth and not make her likable. She told us she is setting out to serve the role the correct way.

Question 12:   How quickly did you find out about part two?

“I think I knew that I was going to be coming back from the first film. I didn’t know in what capacity so I actually only found out a few months ago maybe before we started shooting. I actually just got the script delivered to the house and I was like okay, what am I doing? And I was like whoa, this is kind of good. I didn’t find out too far in advance. They keep it under wraps.” 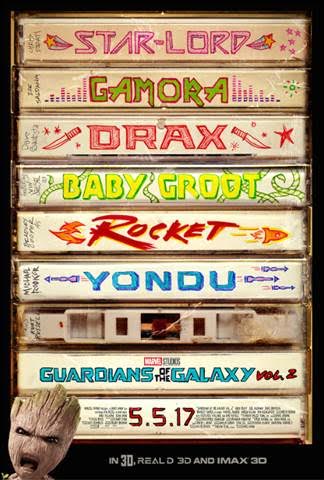 “ I do have to do them most of them. There was one where she had to drop from the ceiling really fast. I didn’t do that. They want to be able to use you as much as possible just so that they can see your face in the shots. So I try to get involved. But there’s been one I was too scared to do.” She told us that one involved height and jumping.

Question 14: I’ve heard a couple of times today about how it is like a family like you said. Can you tell us a little bit about the laughter and the fun that’s happening behind the scenes while you are filming?

“It just kind of feels like what you see on screen like that sort of banter, that sort of nature to it. That’s what it’s like off screen. And they play music, which really get people’s spirits and the music’s sort of an integral part of these films. Yeah, and also everyone is really nice and the cast. Like there’s not one person that’s a bit like you know, standoffish or you know, surrounded by people. It’s not like that at all. And it all filters down from the top, from James the director. Like he sets a really good tone for everyone and cast nice people.”

She told us she did. She read the Infinity Gauntlet, which was the best one for her to read for Nebula’s research.

Question 16:   Besides your character, which is your favorite Guardians of the Galaxy character?

“The new character Mantis is pretty great. But I’m going to say that my favorite is actually Drex. I think he’s the funniest person I’ve ever met on and off screen. Like he can make anything funny and he doesn’t try to and that’s why it’s so funny. His dry delivery, just how huge he is without dry delivery is like such a funny combination to me. Like everybody dies whenever he’s acting.”