As parents, have you ever noticed that it’s getting harder and harder to find media content for little ones that actually has substance attached to its entertainment value? Seriously though, I tried to turn on a popular children’s television station recently and found myself absolutely stunned at how little educational or moral fiber the show contained. It was the same for another popular cartoon station that I seem to remember being moderately well-liked when I was a lot younger, prior to my mom days. Instead of building on important character building aspects, it was nothing but gross humor, catty teens & attitudes that would far surpass even the sassiest 6 year old.

Imagine my delight when I was contacted in my inbox about the opportunity to pair my blog with names like PBS Kids, and Corporation for Public Broadcasting, to help promote their all new podcast for little ones, Molly of Denali. When it comes to my kids and the content they view, whether it be apps, video games, movies or television shows, my readers know that I put a lot of emphasis in the important of educational content as well as those that contain good values, that also teach the importance of good moral behaviors. 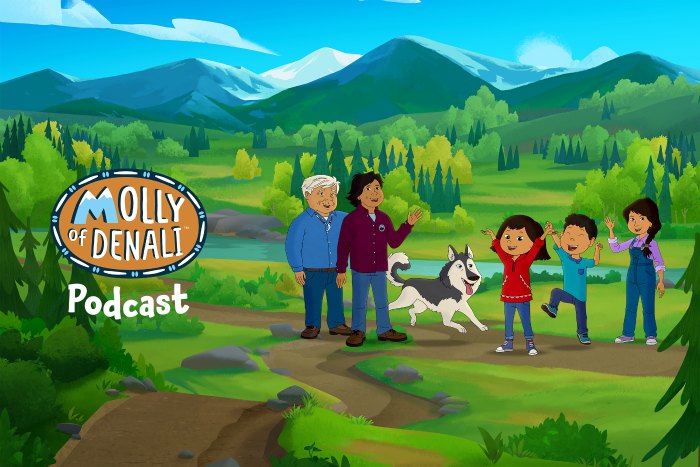 Molly of Denali is an 8 part podcast that puts a indigenous cast at the forefront of an animated television show, making it the first nationally distributed kids’ show in the U.S to do so. With it’s debut date set for July 15th, the podcast is a prequel to PBS Kids’ new show, Molly of Denali, and explores the life of a native Alaskan girl growing up with her parents Lyla & Walter, family & of course, her best friend Tooey. Over the 8 episode length, Molly and Tooey set out to discover the identity of a mystery creature that has stolen Molly’s 10th birthday cake.

Little ones of all ages will love embarking on this exciting adventure with Molly, Tooey and all over their friends as they try to solve the mystery & find out what’s it’s like to be a typical kid on big adventures in Alaska. The official date for the shows premier, after the prequel of course, was set for May 30th and has since been airing on television nationwide every Thursday. 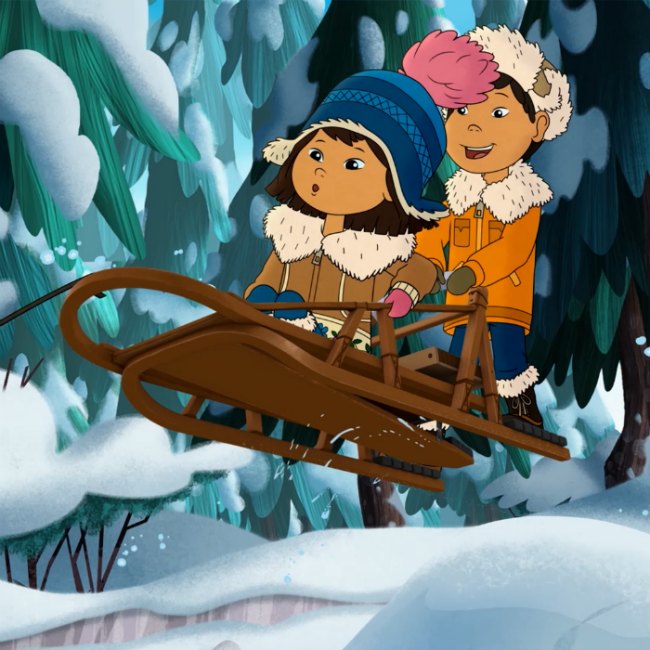 To help promote the release of the podcast as well as the launch for the official Molly of Denali television show, I’ve partnered with some great folks to help spread the word and to also share a fantastic merchandise giveaway for new fans of the show!  So fans of the blog who are reading today, get your entries in and stay tuned for the end of the giveaway when I’ll be announcing the winners. Until then, you can get up to speed on the podcast, and afterwards, start watching all new episodes of Molly of Denali on PBS Kids!

The MOLLY OF DENALI TV series is being developed as part of the Corporation for Public Broadcasting (CPB) and PBS Ready To Learn Initiative with funding from the U.S. Department of Education. The Ready To Learn Initiative is a federal program that supports the development of innovative educational television and digital media targeted to preschool and early elementary school children and their families.

Giveaway: 5 winners will each receive a Molly of Denali branded backpack.   To enter, simply subscribe and download the podcast then post a photo showing how you subscribed. For FB/Twitter this can be posted in the comments. For IG this will be posted to the entrants IG and tagged with your IG handle. Make sure to use #mollyofdenali, @mollyofdenali.

Giveaway is not sponsored by any social media, but rather by Molly of Denali. In the comment section below, just tell me your email and your link that you shared on either Fb, Twitter, or IG.  Good luck! Giveaway ends June 30th!  This is a comment giveaway, no rafflecopter. Simply comment below this post.

*This giveaway is sponsored by Molly of Denali. All opinions are my own and not swayed by outside sources.*